For some time now the Belize Forestry Department (BFD) has received complaints in regards to the crocodiles that are found living in the lake across from Banyan Bay, south of San Pedro Town. After accessing the situation, BFD determined that based on the increased population of people in the area, and eminent development, it was in the crocs’ and the community’s best interest to relocate them. Along with BFD staff, the department enlisted help from a team of biologists from the American Crocodile Endangered Sanctuary (ACES) located in Punta Gorda (PG), Toledo to implement the task of trapping and transporting the creatures back to the sanctuary in PG. 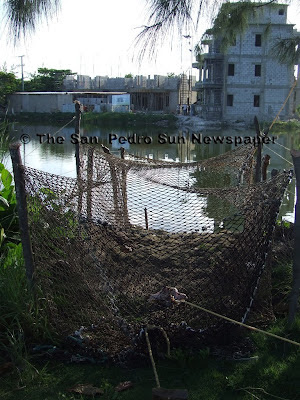 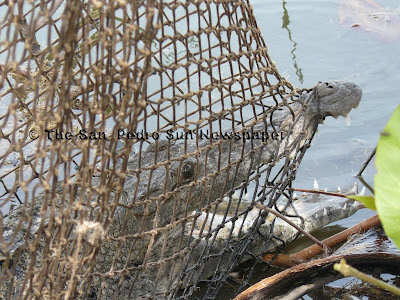 Taking the bait, got ya! 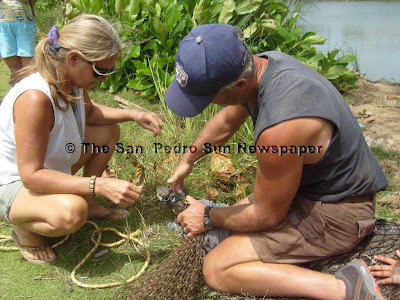 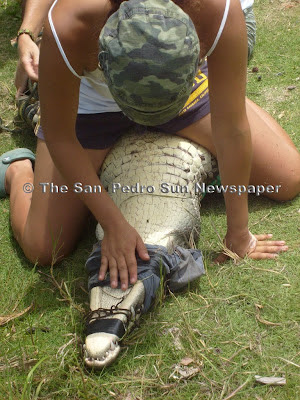 Flipping the croc over for inspection of visible abuse and infection. 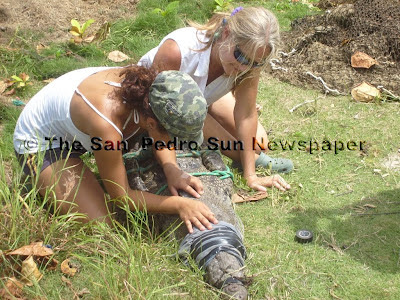 "This female crocodile had some bacterial infections on her skin, meaning that the water is extremely unhealthy. If an animal with the strongest immune system in the world is showing ill signs from water contamination, think what that water could do to people?" explained Marisa Tellez, "The community that helped should be proud as they saved a croc's life." 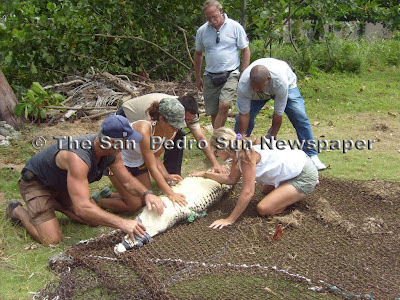 Although the population of crocs vary in the small lake, during the five days of trapping only one was spotted. It seemed that their goal would go unrealized when on their final day on the island, Saturday, July 19th, when the team went to gather their man-made trap, the crafty creature had taken the bait of chicken and was securely captured in the tented net that made up the trap. 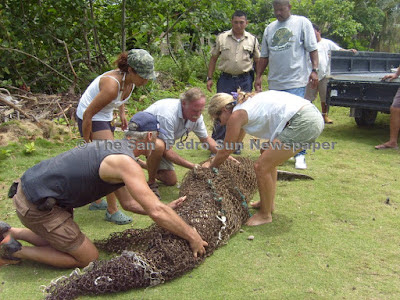 After the careful process of securing the reptile, and with much help from the local community, the animal was finally loaded on a boat where it was transported to Belize City. From the City the ACES team drove the croc to PG where the croc is now adjusting well to her new home. For the full story please read the next issue of The San Pedro Sun on Thursday. 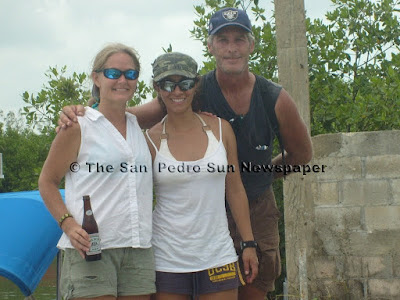 The ACES crew from left to right: Cherie, Marisa and Vincent. Kudos guys!
Posted by The San Pedro Sun Newspaper at 3:54 PM