Help Take a Bite Out of Extinction!!!

On Tuesday evening, in an effort to better educate local tour operators and guides as well as hotel personnel and the general public, a team from the American Crocodile Endangered Sanctuary located in the Toledo District (ACES) and Andre Lopez, Wildlife Officer for the Belize Forest Service held a two hour presentation at the Lion’s Den. Although the crowd was small, OIC Dennis Arnold and several police officers attended the presentation along with a handful of concerned residents. 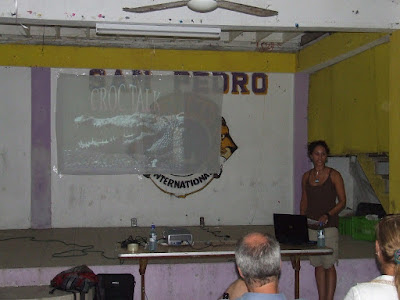 Special guest speaker Marisa Tellez, a Zoologist from the LA Zoo in California, USA and a Crocodilian Parasitological Research Student at UCLA, who is studying at ACES, started the program with a Power Point presentation. Beginning with a disturbing video of an experienced “croc trainer” who ends up losing an arm while showcasing his act, the stage is set that crocs are serious business. Over the millennium their physiological adaptations have allowed them to long outlive their ancestors and they play a key part in our marine ecosystem. 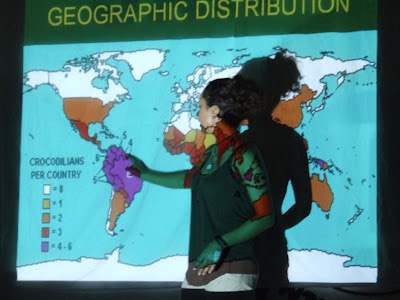 Now, listed as an endangered species, their world wide population has been reduced to less than 20,000 and Belize is considered one of the last strongholds for the dwindling population. 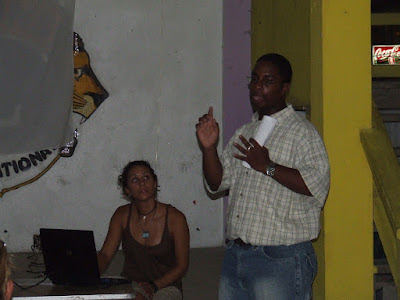 Andre Lopez, Wildlife Officer for the Belize Forest Service followed the presentation and outlined the laws under the Belize Wildlife Protection Act. Under the Act “wildlife” means all undomesticated mammals, bids and reptiles and all parts, eggs and nests of any of these life forms. With the exception of permitted hunting, it is illegal to kill or molest (annoy, interfere with or disturb) such wildlife and in the case of endangered species these laws are very specific, and feeding them is strictly prohibited. 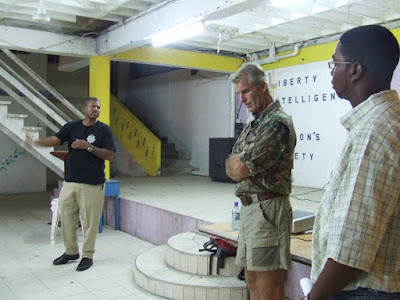 It was agreed that continued education throughout the community was paramount and that the more the police force learned about the laws the better equipped they would be to enforce them.

Posted by The San Pedro Sun Newspaper at 3:33 PM

You have made a really interesting blog. Greetings.

A sunny greeting to you Pablo. Thank you for viewing and commenting on our blog - it's such a joy to keep everyone updated with news on our little jewel!