At ACES, our crocs travel in style

from Cherie Chenot-Rose and Vincent Rose of ACES 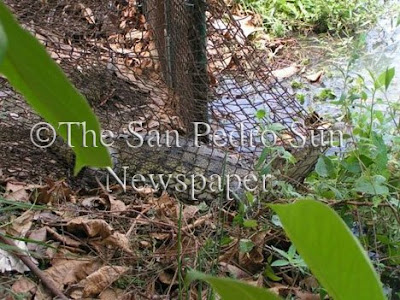 Gruff is an adult male Morelet (Crocodylus moreletii) almost seven feet long living in a man-made canal in Ladyville just outside of Belize City. After several citizens called Belize Forest Department (BFD) worried about how closely the croc was approaching them, ACES was called in to assess the situation. A three hour drive later, our suspicions were confirmed that the croc was indeed being fed by humans....humans? What's a human? Delicious and notorious and tastes just like chicken! 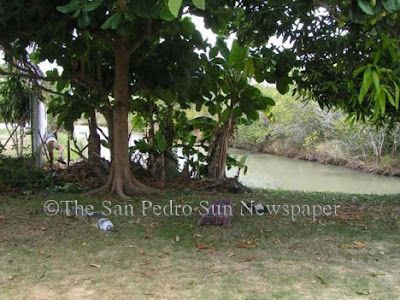 After several hours of net setting while two crocs watched us eagerly smelling the chicken we had for bait, we left the site. Only to return later that night to find a croc sitting at the mouth of the net. As of 9am the next morning, still no croc in the net. We drove back to PG (spotting many Jabiru Storks on the way) to take care of our pot-lickers. At 7 am the very next day, the call came that we had a croc in the net...of course we did...so back into the car for a 3 hr drive back up north. This trip we spotted two Picary (wild pigs) on coastal highway, which by the way is no where near the coast, but extremely bumpy and unpaved. Yes indeed the croc was still contained. 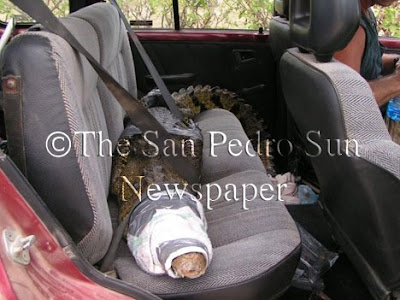 We wrangled the croc out of the net growling and squirming and secured him for the long ride back to ACES. He was named Gruff due to the low growling noises he made continuously throughout his capture and the fact that he was and is very surly! So we all buckled up and sped home for a safe release. One more croc saved from eminent death. The alternative for problem reptiles like Gruff here in Belize is a shotgun. 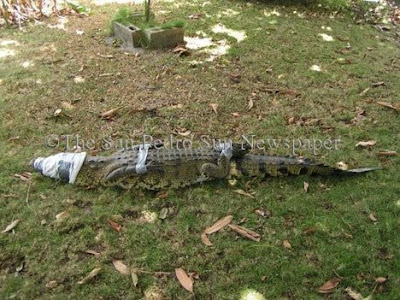 Thanks for all the great responses to our donation situation and several of you may play a closer role in ACES's croc-crusade in the near future. Currently, we have a NPO already in place that is willing to help and we hope soon to reveal where to donate to for a tax deductible donation. Those who do not need a tax deduction, feel free to help directly to ACES. No amount is too small. We still need to complete the boardwalk between the croc viewing pens and put up hand rails for visitors safety. Thanks for your support and Helping to Take a Bite Out of Extinction!