Internationally re-knowned artist Kelly McGuire was back on the island for his annual “Birthday in Belize Bash” as well as to release his new CD entitled “King of the Island”. The San Pedro Sun caught up with Mr. McGuire down at Athen’s Gate to listen to his new CD and get a rundown of what he had been doing since his last visit. 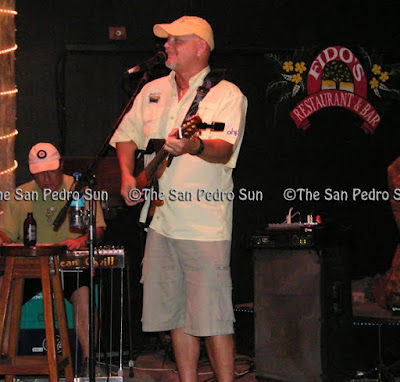 Kelly McGuire made his first journey to San Pedro about eight years ago. How this happened was quite interesting. He won the Independent Artist of the Year award, an award given by the Texas Country Music Association, and as a result his video was posted online. Unbeknownst to him, he was being viewed widely. That soon changed when he received a phone call from Ebbe, who introduced himself as the entertainment director of Fido’s in San Pedro, Belize and requested that Kelly fly to San Pedro to do a concert. Mr. McGuire admitted, “At first I thought this was some sort of a timeshare scam – I was very skeptical – however within a couple days, I received another call with a confirmation number. My tickets had been purchased.” 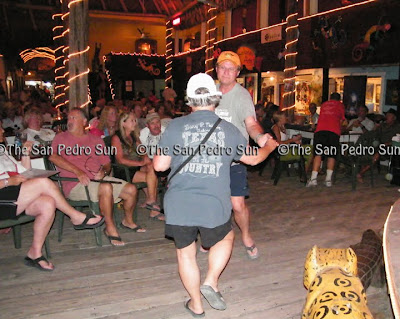 Kelly hopped on the plane and landed in Belize and after a short flight; he was in San Pedro for the first time. He did a couple shows on that visit. The last day of his visit found him sitting on the beach in front of the Royal Palms, where he started writing a song about a guy he had met on the island. The gentleman was from Colorado and owned a charter boat which was parked behind BC’s bar called “Boat in Belize”. That song was finished on his plane ride back to Houston. That year, Kelly returned about four times and did various shows for Fido’s.
With each visit, Kelly found himself writing more songs. Before he knew it, he had a collection of tropical island type songs which were later compiled to become the “Boat in Belize” CD. This however, was not Kelly’s first CD. His first CD, titled “Red Fish Island” was released in 2000, and it was comprised of sailing, boating and island type songs. His second CD was a country album that had couple singles featured on the Texas Music Charts. 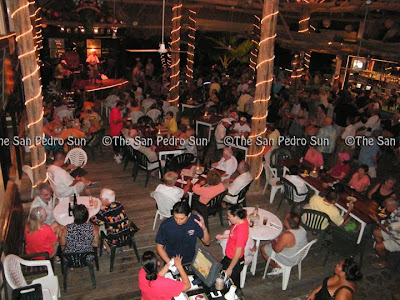 Boat in Belize was Kelly’s third CD, which in 2008, received the award for Album of the Year at the Texas Music Awards. Kelly has continued to make several trips to Belize throughout the years, and every time he is here, he awes the audience with his magnetic vocals and catchy lyrics. Apart from performing in Belize, Kelly has performed at venues throughout the United States, Canada and Mexico.
On this trip, Kelly stayed on the island for ten days and had four performances at Fido’s, leading up to his final performance after Super Bowl Sunday, and featuring well known local artists as well. The release of his CD “King of the Island” is as a result of years of writing and visiting. He told The Sun that most of the songs were written while sitting on a beach some where in Belize. The CD expresses his emotions and the way his fans make him feel every time he visits and performs on the island. With songs such as Daddys and Daughters – an audience favorite and Nautical Man, this CD is sure to be a favorite.
The artwork for the CD was done by well know local artist, Walter Castillo, and was created to reflect the lyrics of the song “King of the Island” and Kelly’s relationship with San Pedro. With inspiration from his travels and personal experiences, listening to Kelly can make you fall in love all over again with San Pedro, Belize.
Posted by The San Pedro Sun Newspaper at 6:00 AM