On Sunday despite the continuous downpours, fans made it out to the Ambergris Stadium for a clash between our boys of the San Pedro Dolphins and the Football Club of Belize (FC). This match was a very important game for the Dolphins as they were hanging by a thread in the North zone whilst not too far behind were Juventus and Hankook Verdes gunning for a spot in the second round. With several attempts and opprotunities at goal, all were futile except at minute 84 when Leon Cadle broke away from the pack and fired the game winning shot that landed in the net. After the sound of the final whistle, FC Belize collected a big 'W' and continued their flawless season record at the Number one spot. More details of this story in this week's issue of The San Pedro Sun Newspaper. 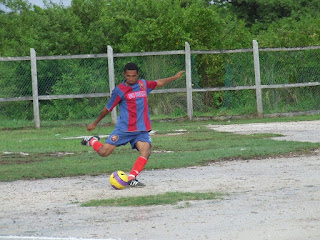 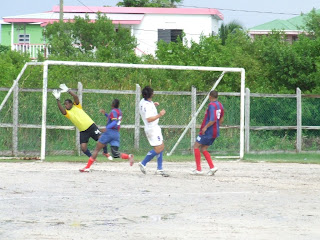 One of Gabriel Hicks' attempt at goal. 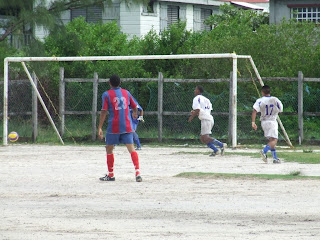 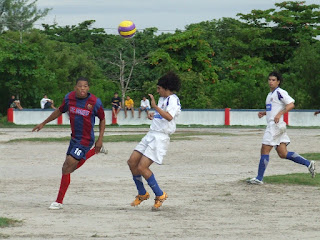 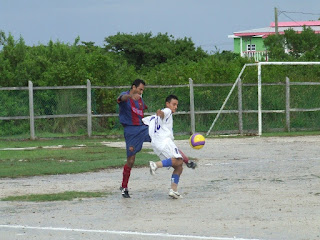 Marlon Mesa on the press 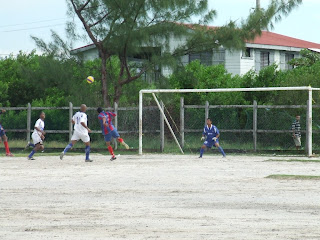 FC's Leon Cadle with an attempt
Posted by The San Pedro Sun Newspaper at 9:42 AM No comments: