Progress made on wages due to public transport employees 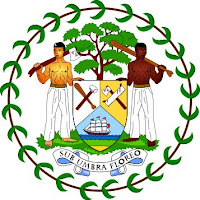 Press Release – Belize Press Office – December 24th, 2010 – On the December 17th, 2010, National Transport Ltd and Bell Bus Limited went into receivership and as a consequence a number of workers visited the Labour Department to seek advice regarding their employment status.

The Ministry of Labour has, to date, been unable to access the official records of both companies and to confirm the total number of employees, their respective period of service and employment status. To date, the names of eighty three (83) persons, who are believed to be employees, have been obtained from a number of documents.

On Wednesday December 22nd, 2010, the Labour Commissioner and his Deputy met with Mr. Kevin Castillo the Receiver and made a request for a part payment to all workers of the companies under receivership on the understanding that the payment will be included in any future benefit(s) to which a worker may become entitled.

On Thursday December 23rd, 2010, agreement was reached for two weeks wages to be paid to each worker as an interim measure, while the Labour Department seeks to obtain the official employment records and a clearer understanding of the employment status of each worker affected.

Notice is hereby given to all employees of National Transport and Bell Bus Limited to visit the Labour Department at No 5 Albert Street West in Belize City effective today, Friday December 24th, 2010, to either collect the part payment or to assist in the determination of their employment status.
Posted by The San Pedro Sun Newspaper at 1:09 PM No comments: