Elias Torres, Project Supervisor for Belize Water Services (BWS) Limited stated that by the ending of this month, the much awaited, anticipated and long due water and wastewater expansion will finalize its first stages by the end of November. To date, BWS states that they have completed all sewer and water mains with service connections to each property on Laguna Drive from the junction of Spider Lily to the southern approach of the bridge. The pumping station is estimated to reach its completion a month after receiving the proper machinery, which is still on its way to the island. 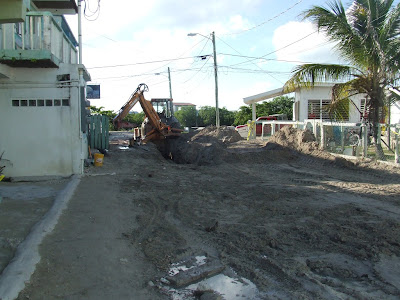 According to Torres, the biggest setback that the company faced was breaking through the hard rock that needed to be penetrated in order to place the tubes. 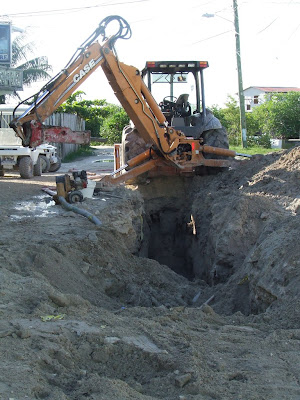 By the end of November, BWS hopes to have finished the last installation of tubing which will run from the corner of Casa Pan Dulce down toward the lagoon unto Lot #4047 where the pumping station will be located. 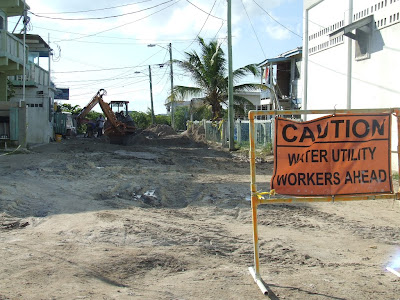 Posted by The San Pedro Sun Newspaper at 9:56 AM No comments: