BDF, Police officer and civilian remanded to Hattieville for kidnapping 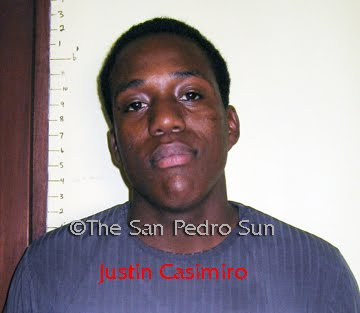 At approximately 10:15 a.m. today, Judge Emerson Banner remanded Derrick Gideon, Juan Cus and Justin Cassimiro to Hattieville as a result of charges laid upon them in connection to an incident which took place on Sunday, February 21st in San Pedro Town. 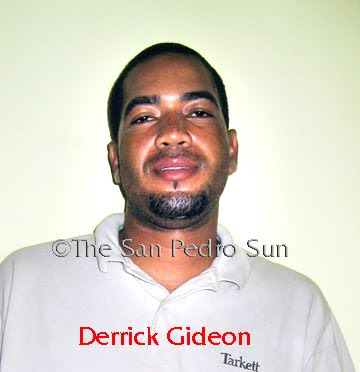 An official police report states that on Sunday, approximately between the hours of 12:15 and 1:00 a.m. Gideon, a police officer stationed in Belize City, Cassimiro, a Belize Defense Force soldier stationed on San Pedro Town and civilian Juan Cus visited Juan Perez, a vegetable vendor, who was sleeping in his boat docked by the Old Football Field. According to the report, both officials, who at the time were dressed in civilian clothing, arrived with Cus and explained to Perez that they needed to transport him to the San Pedro Police Department. The three men who were armed with a firearm proceeded to hurt Perez’s assistant, a minor, who was on the boat with him at the time. Perez agreed to go with the officers. However, the report alleges that he was being taken in the opposite direction and not to the Police Department as the officers had stated. Perez was robbed of $650 before managing to escape. Once free, Perez made a report at the Police Department. The report led to the detention of the three men who were arraigned at the San Pedro Magistrate’s Court. 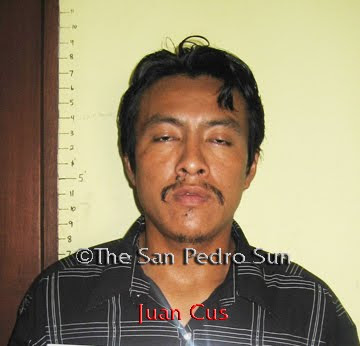 The three men were jointly charged for kidnapping, aggravated burglary, conspiracy to commit aggravated burglary and harm. Because kidnapping charges are dealt in the Supreme Court level, all three were remanded to Hattieville Prison until their next court appearance on April 7th, 2010. Gideon was additionally charged for resisting arrest.
Posted by The San Pedro Sun Newspaper at 12:38 PM 1 comment:

San Pedro Roman Catholic Primary School was the scene of a mini - fair devoted to drug education. It was a Service Learning Project of the course, Skills for Adolescence, taught by Ms. Borland. Students in Standard V & VI participated: staffing booths, designing posters and creating booklets that described habit-forming drugs and their harmful effects. 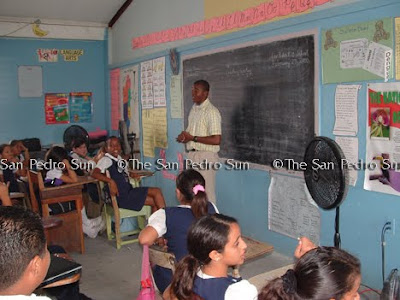 "Skills for Adolescence" is a three-year positive youth development program sponsored by Lions-Quest that addresses the challenges of living experienced by children ten to sixteen years of age. In addition to personal and social growth, it introduces students to concept of service to the community. 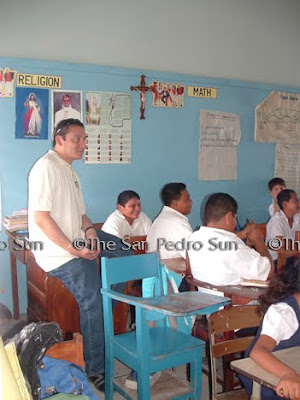 Lions-Quest "Skills for Adolescence" originated in the United States in 1975 and has been part of the curriculum in Belize Primary Schools for five years. All the Districts in the country use this program. Excellent texts and teaching guides are provided by Lions International.
All the students beginning with Infant I appreciated the fine effort of Ms. Borland's
students. 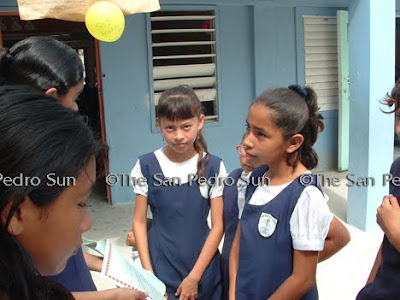 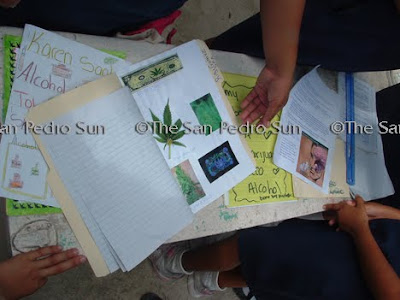 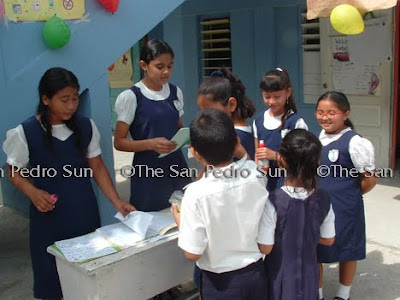 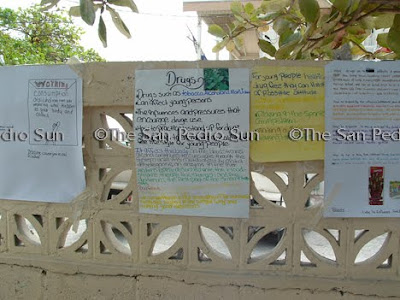 Posted by The San Pedro Sun Newspaper at 12:10 PM No comments: