At around 8:40am on Wednesday, December 31st, police responded to a call where on arrival in the Airstrip Area saw one cream in color golf cart smack dabb in the middle of the entrance of a clothing shop namely Home Bass. According to Police reports, Meraldo Gomez who was the driver of the cart explained he was experiencing some electrical failure on his cart. Whilst trying to diffuse the problem, a wrong connection was made causing the cart to take off abruptly and crash land in the stores' door entrance. No one was hurt and only minor damages were reported. 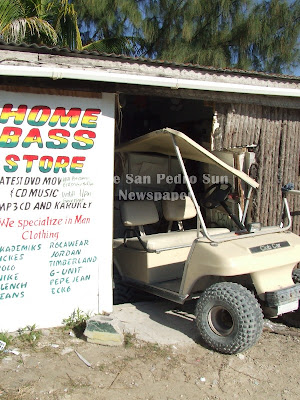 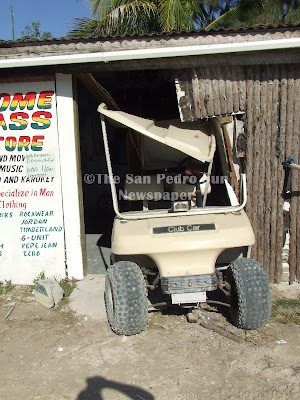 The canopy of the golfcart bearing license plate (BZE23848) received extensive damage.
Posted by The San Pedro Sun Newspaper at 9:46 AM 1 comment: 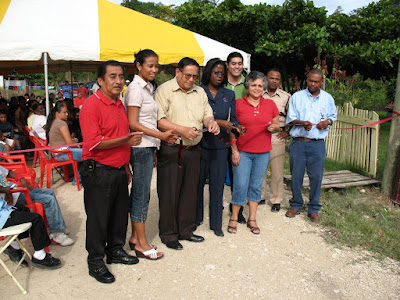 BWS announced today that water services will be expanded in the Cayo District. Deseree Tillet, Customs Service Manager of BWS says close to 2.69 miles of pipe for potable water will be laid in the Bradley's Bank and Hill View Area near Santa Elena, a con joint community of San Ignacio Town. Some $267,000.00 will be expended to provide water to 253 households. Tillet informs that the project will commence in early January of 2009 and anticipates that it will be completed within the next three months. (Photo courtesy: Eve's Computers)
Posted by The San Pedro Sun Newspaper at 9:42 AM No comments: