Hydrological Information to the general public: A Flood Warning for the Macal River remains in effect. The Iguana Creek Bridge is covered and closed, with five feet over the bridge, a little higher than noon on Monday (today). The low lying bridge is also flooded, more than five feet and rising. Also a Flood Alert is in effect for Sibun River at Jaguar Paw and Gracie Rock, North Stann Creek at Middlesex and Hope Creek, the Sittee River at Kendall Crossing and the Tamash and Sarstoon Rivers. Citizens along the banks of the Macal River and the twin towns of San Ignacio/Santa Elena should be on the alert for rising river levels.


Flood warning: Floods are occurring and may become severe
Flood Alert: Conditions are such that there is a threat of flooding
Posted by The San Pedro Sun Newspaper at 10:40 PM No comments: 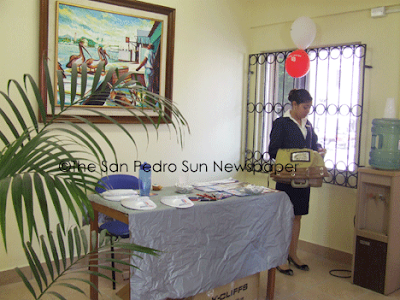 Posted by The San Pedro Sun Newspaper at 10:55 AM No comments: