Fire causes alarm in the neighborhood 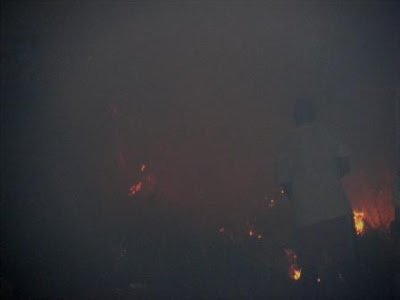 A bush fire in the San Pedrito Area caused alarm as neighbors rushed to the scene. At first it seemed like a fire someone had lit to burn some grass. However, the fire kept increasing in intensity and continued to grow. 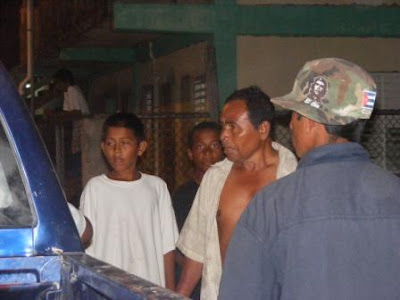 Fearing for his home's safety, the gentleman above, grabbed a bucket and began throwing water at the fire. Soon other neighbors joined in and the fire was extinguished. 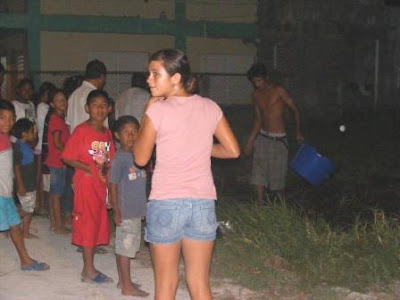 The Fire and Police Departments were called and police officers began investigating the incident. No one could account how the fire began. 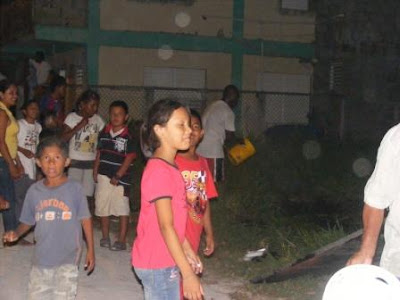 Posted by The San Pedro Sun Newspaper at 7:35 PM No comments:

Today, Belize joins the world in celebrating World Ocean Day under the theme "One Ocean, One Climate, One Future". As part of the activities, The Healthy Reef Initiative, with the assistance of Coastal Zone Management and the Belize Coast Guard, organized a Swim For The Reef Race. The Sunday June 7th activity saw 15 participants swim 1.2 miles to Goff Caye.
Armeid Thompson is the Social Scientist and Outreach Coordinator at Healthy Reef and he told the media that the activity was geared to allow all the participants to personally connect with the sea. Thompson stated that in Belize, the ocean is facing a lot of problems including coastal developmental issues, overfishing, and coastal mangrove clearance and of recent, grounding on the reef. Thompson stated that it should be everyone business to reduce the pressure on the ocean especially since the ocean plays an important role in the shaping of the climate. 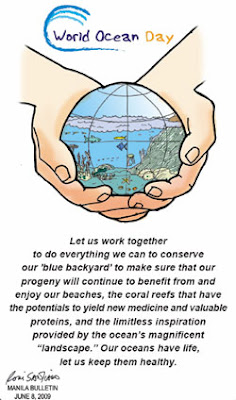 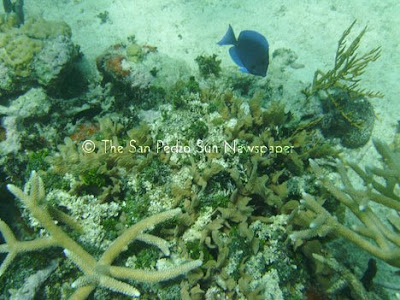 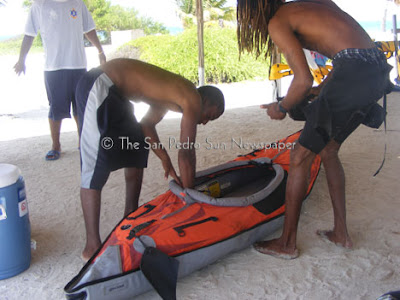 Safety was the number one thing organizers ensured was in place.

The first person to reach Goff Caye was Claire Pfeiffer, a Masters Student from Duke University in US doing a Research Project in Belize. Pfeiffer stated that not only did she want to be a part of the swimming initiative, but it was an opportunity to show others that the ocean is important. Pfeiffer stated that in many instances, people do not realize the human impact on the ocean and reiterated that it is important that people know that environmental degradation has a great impact on the ocean. 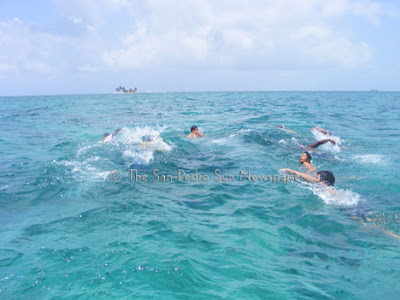 The swim to Goff Caye started. 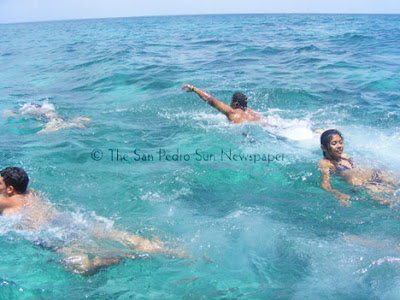 Some swimmers took thier time.
According to Fernando Oliva, who represented the Belize National Scouts Association, Belize is fortunate to have a beautiful reef and sea and Belizeans, like visitors, should take pride in ensuring that the ocean is healthy for the future generation. 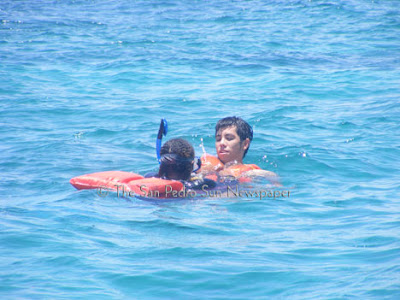 Some had to use life jackets to finish. 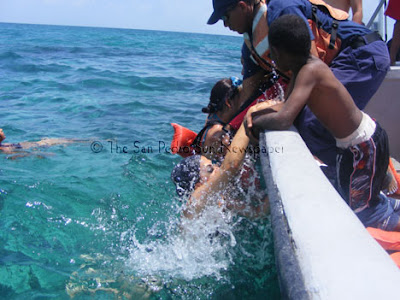 Others tried but couldn't make it. 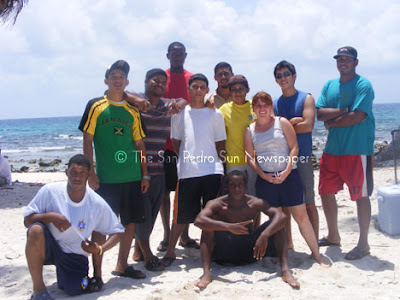 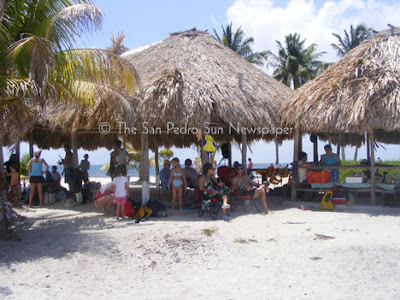 The first person who reached Goff Caye received $250 dollars courtesy of Sea Sports Belize. This year, World Ocean Day seeks to emphasize that we live on a blue planet where 70 percent of the surface is covered by ocean waters, and to raise public awareness of the key connections among a healthy ocean, a healthy climate, and our future. In addition, World Ocean Day's initiative seeks to show that regardless of where we live, everyone is dependent on the state of health of our shared bodies of water.
Posted by The San Pedro Sun Newspaper at 11:25 AM No comments: