Beach volleyball has been a mainstay in San Pedro for decades. Now, Gustavo Morataya and Jason Cabral, both residents of San Pedro have quickly become two of Belize’s finest beach volleyball players. The two gentlemen are presently registered players of the Bulldog Team in the City of Belmopan Volleyball Association Open Competition. 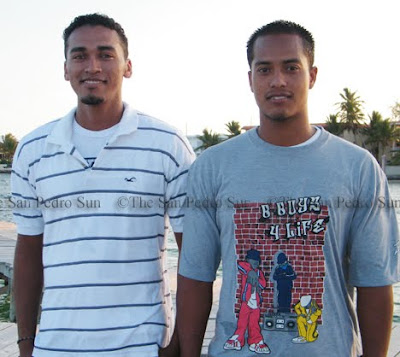 The CBVA is currently running an Open Volleyball Competition which includes a double round robin. The competition commenced on May 14th in Belmopan with an opening ceremony and guest speaker Hon. John Saldivar, Minister of Sports and will conclude on July 30th. Gustavo and Jason are playing in this competition. 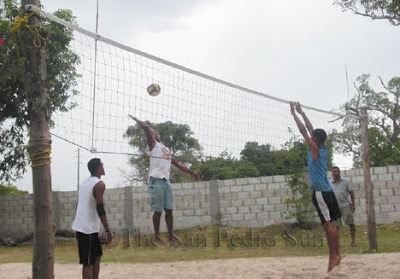 The CBVA hosted its National Annual Beach Volleyball Tournament tour from March – May 2011. During this tournament, Jason and Gustavo traveled from San Pedro to Belize City to participate every weekend. The duo represented San Pedro proudly, and quickly moved up the ranks from new comers to ranking third. This tournament produced representatives for the International Beach Volleyball Competition.

In the International Beach Volleyball Competition the team moved from fourth place, to third place, to second place, and during the last stop they placed first. This they accomplished without support from San Pedro business or San Pedro fans. It is due to ONE point in the ranking that hindered these talented athletes from representing Belize internationally in the upcoming 2011 Central American Beach Volleyball Games. 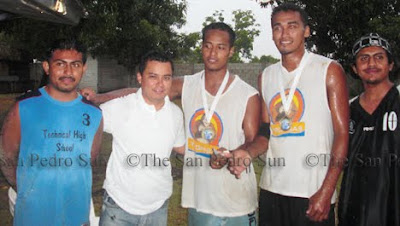 Both Gustavo and Jason migrated to San Pedro over four years ago. On the island they both acquired jobs and quickly made San Pedro their home. As they travel and showcase their talents, they take with them the name of San Pedro proudly.
Through personal determination and their love for the sport, Gustavo and Jason have come a long way, and are in need of recognition for their skill of playing professional beach volleyball in Belize. With their skills San Pedro can be placed back on the map as it relates to beach volleyball. 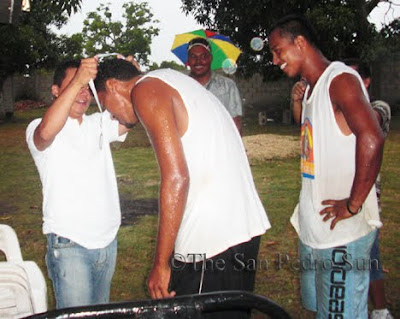 In this competition the young men have had to travel to the capital city to compete during the weekends. With no financial assistance, this continues to be a very costly venture. For the remainder of the tournament, Gustavo and Jason will have to travel to the capital approximately ten times at an approximate total cost of $1440. This amount does not include accommodations or subsistence. 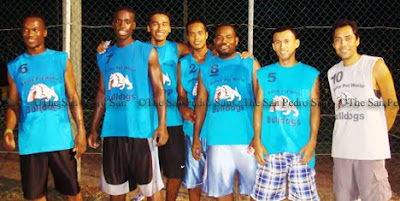 The team will travel to Belmopan for their next competition on Saturday June 18th. With this said, they are seeking assistance from the general public, business community or individuals who would like to show their support for the sport of Beach Volleyball while representing San Pedro. Donations may be made by contacting Gustavo Morataya 633-0913or Mr. Jason 660-5465. Any donation will be greatly appreciated.
Posted by The San Pedro Sun Newspaper at 6:00 AM 1 comment: