A barge (est. 30 feet x 23 feet) is currently stuck on the reef eight miles north of San Pedro Town (exact coordinates 18.01 degrees, 33.8 mins North, 87.50 degrees, 26.4 mins West) lodged on the reef near Blue Reef Resort. Port Authority, Coast Guard and the Department of the Environment were on the scene this morning investigating the incident. 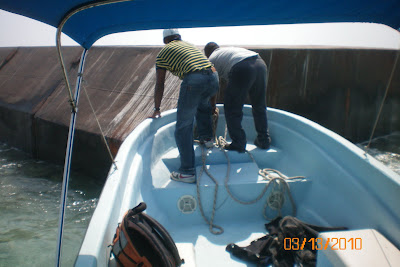 The barge, bearing no markings, is welded in three places and authorities hope that once broken down, some sort of identification mark will be able to be found. 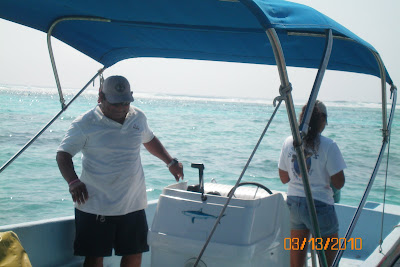 Investigators believe that the barge was a part of a bigger vessel that broke down and drifted in the open waters outside of Ambergris Caye. 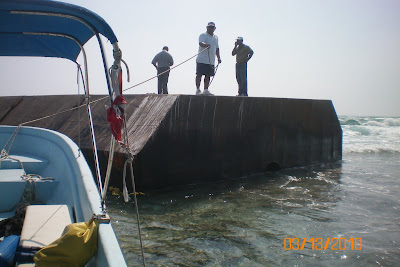 With the wave action, the barge turned upside down and lodged itself where it remains. This they believe happened sometime during the course of the night since residents traversing that area, state that the vessel was not there yesterday. 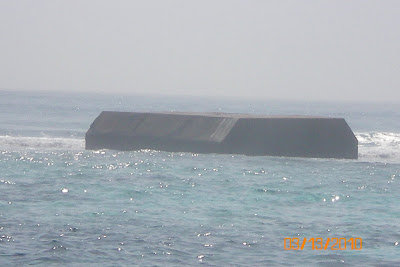 It is now the Port Commissioner's decision as to what to do with the vessel. Port Authority believes that with the assistance of the Department of Environment, the barge can be broken down and removed before more damage to the environment can be done. 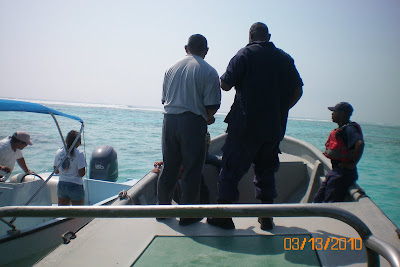 Posted by The San Pedro Sun Newspaper at 9:53 AM No comments: