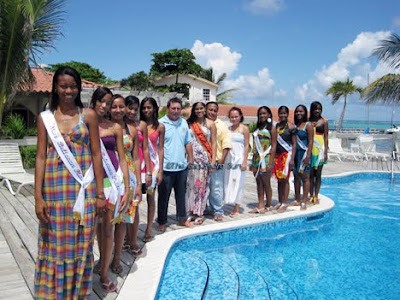 The delegates vying for the 65th Queen of the Bay pageant were on the island for a day full of activities and fun as part of their countrywide tour of the country. 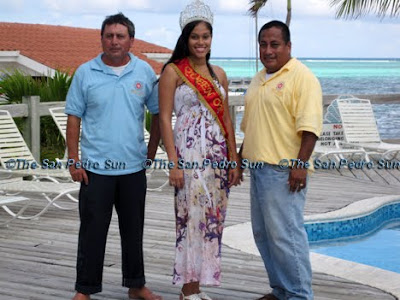 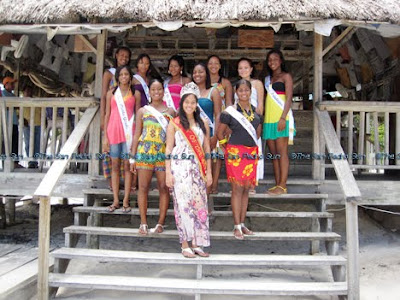 They also got to have lunch at BC's Beach Bar - one of the landmark establishments of La Isla Bonita. 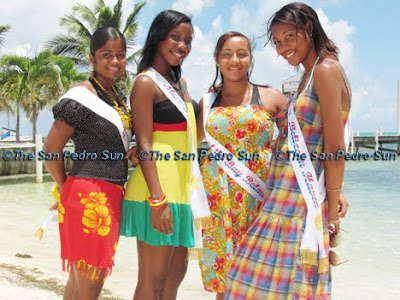 The pageant will be held at Birds' Isle on Saturday, September 4th, at 7pm in Belize City. Current Queen of the Bay 2009-2010, Stann Creek's 19-year-old Rena Beverly Usher will be crowning one of the ten hopefuls vying for the title this year. The pageant is a prestigious ceremony that focuses on the young ladies' knowledge of Belize, and tests their talents (also based on the theme "Belize") as well as the formal curtsy that speaks of old world formality and prestige.
Posted by The San Pedro Sun Newspaper at 2:09 PM 1 comment: