Support a worthy cause 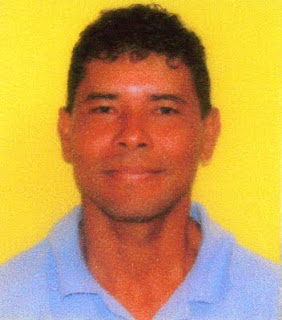 On Saturday June 25th, 2011, family and friends of Oscar Pinelo will be holding a BBQ sale/fundraiser to assist in medical expenses. Radiothon will start at 9AM. BBQ sale will start at 11AM on the beachfront of Cholo’s Sports Bar. Any donations will be gladly accepted kindly contact Landy Pinelo at 620-2167or Nathalie Manuel at 665-4873.
Posted by The San Pedro Sun Newspaper at 9:32 AM No comments:

As part of the International Conference to pledge Support for the Central America Security Strategy, held today in Guatemalan City, the President of Mexico, Felipe Calderon met with the Prime Minister of Belize, Hon. Dean Barrow. 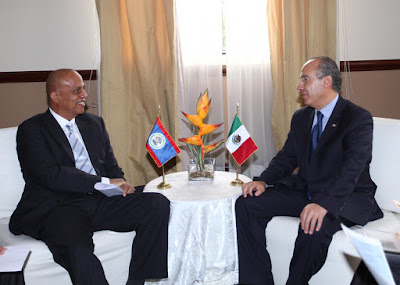 During the meeting, both leaders reiterated their commitment to advance bilateral cooperation in combating drug trafficking and organized crime. They expressed their intention to achieve greater synergies with the process of regional collaboration in this field.
The leaders discussed major bilateral issues of mutual interest, specially their concern to strengthen security along the common border and improve border infrastructure. Therefore, they agreed on the need to soon put into operation the new border crossing at the junction of “Subteniente Lopez 2” on the Mexican side and Santa Elena, Belize. The new border facilities will allow both countries to have greater control over the movement of people and goods in the Mexico-Belize border.
As per the energy power supplied by Mexico to Belize through the Federal Commission of Electricity (Comision Federal de Electricidad, CFE), President Calderon reiterated Prime Minister Barrow the Mexican Government’s commitment to identify options that will maintain the electricity supply, taking into consideration the current situation in Belize.
Lastly, both President Calderon and Prime Minister Barrow congratulated the President of Guatemala, Alvaro Colom for the fruitful Conference on Security in Central America, and the significant results achieved during the event in order to contribute to security in the region. President Calderon was accompanied by Mexican Foreign Secretary, Patricia Espinosa.
Posted by The San Pedro Sun Newspaper at 1:00 AM No comments: