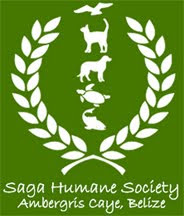 Press Release - SAGA Humane Society - May 3, 2011 - Saga Humane Society would like to inform the public that its Vet Clinic and Adoption/Surrender Center will be closed for renovations the week of May 2-7, 2011. Ms. Ingrid Lima is also currently in Orlando, Florida receiving continuing education at the Animal Expo with Saga Board Members Ms. Katia Marin and Ms. Heidi Sowards.

Dr. Baptist and Ms. Lima will be able to attend to your animals when the clinic reopens Tuesday, May 10, 2011.

Saga Humane Society thanks the San Pedro community for your continued support.
Posted by The San Pedro Sun Newspaper at 10:07 AM No comments: 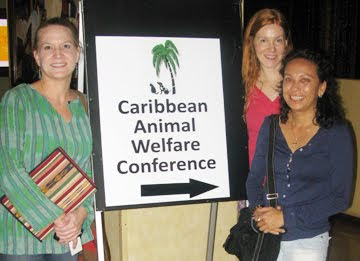 The three day conference included different types of humane societies, shelters and rescue groups coming together to talk and share ideas about the great work that they do. There were all kinds of international speakers from St. Thomas, Bahamas and even the Belize Society. Clara Lee Arnold from the Hopkins Humane Society spoke about the changes that have happened in Hopkins since they started bringing vet teams to hold spay and neuter clinics. The topics included ‘Animal Capture and Handling Techniques’, ‘Surveying Roaming Dogs’ Population and Increasing Adoptions’, and ‘Marketing and Fundraising Strategies’, just to mention a few. SAGA would like to thank Clara Lee for donating jewelry, which she and her husband make themselves out of shells. 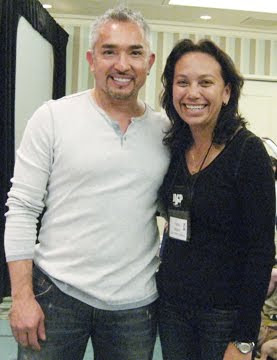 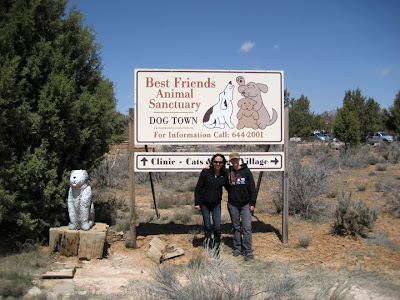 Following the Conference the two volunteered their time at Best Friends Animal Samctuary to work on some dogs at Dog Town Sanctuary. Dog Town is home to dogs rescued after the devastating Hurricane Katrina, and it also houses Michael Vick’s dogs.
Posted by The San Pedro Sun Newspaper at 6:00 AM No comments: