The Caye Caulker community is still shaken following the death of a well known villager. The incident unraveled just before 6:00 on Thursday evening inside the home of 51 year old Lorleen Young. Young, who was employed as the Caye Caulker Tropic Air Manager had just returned from work when she was accosted inside her home and brutally murdered.
According to the husband of the victim, Charles Young Sr., he arrived from work when he went to use the bathroom. Charles stated that there he saw his wife lying on the ground, face down in a pool of blood. Charles went on to explain that at first he felt that his wife had fallen and hurt herself. It was not until he picked her up that he saw Young had been wounded. “When I picked her up I saw a large cut to her neck,” stated a tearful Charles. That is when he realized that his wife had been the victim of a robbery. 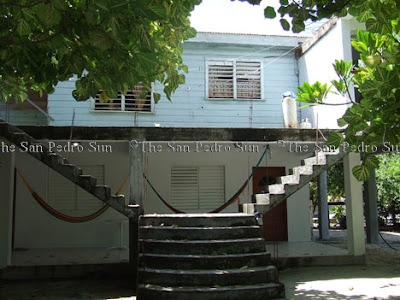 In speaking to the media, Officer in Charge of the Caye Caulker Police Station Sergeant Dirk Dyers stated that sometime around 6:00 p.m., they received a call that a woman had been murdered. Dyers stated that the police then visiting a home on Pueblo Nuevo Avenue in the southern part of the village. Upon arrival they observed a female, later identified as Lorleen Young, lying on the bathroom floor in a large pool of blood. The body had a large cut wound to the throat. Initial police investigations reveal that Young had just arrived from work and was inside when her home was invaded. It was during the burglary that the perpetrator (s) attacked her, slit her throat and left her to bleed to death. There was no visible sign of forced entry and police believe that the culprit (s) gained entrance through the front door. According to police, the only thing that was stolen from the victim was a small purse containing her personal documents. 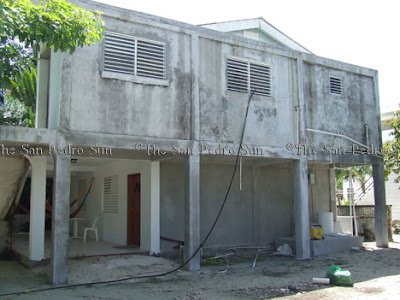 Police have not found the murder weapon but have detained two male persons for the murder. Young, who is the mother of three, was employed at Tropic Air for 15 years. Prior to working with Tropic Air, Young was teacher for 14 years at the Caye Caulker Roman Catholic School. Police say that Caye Caulker Village had not seen a murder for years. Anyone with information that can assist the police in their investigation is asked to call the nearest police station.
Press Release - Tropic Air - Oct. 2nd, 2009 - Tropic Air is sorry to announce that Lorleen Young our Station Manager in Caye Caulker was killed during a robbery of her home yesterday evening. Lorleen was a 15-year employee of Tropic Air, and a loyal and valued member of our management team. Lorleen was a dedicated wife and mother. She is survived by her husband and children. Funeral arrangements to be announced.

The San Pedro Sun extends our deepest sympathy to the Young family.

Posted by The San Pedro Sun Newspaper at 11:03 AM 2 comments:

Posted by The San Pedro Sun Newspaper at 10:26 AM 2 comments:

In an effort to control the stray and domestic animal population of South Ambergris Caye SAGA Humane Society and South AC Neighborhood Watch (SACNW) are working together to educate pet owners and provide spaying/neutering for those animals in need. 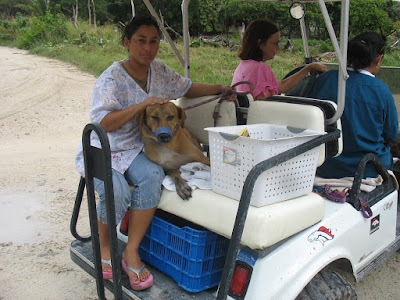 “It’s nice to see these two great organizations working together for the betterment of our community” one area resident was heard saying. Initially, area pet owners are approached by members of the SACNW Patrol to find out if they are interested in having their pets spayed or neutered, later members of the SAGA Humane Society staff and volunteers come on site to discuss the benefits of these and other procedures with the pet owners. 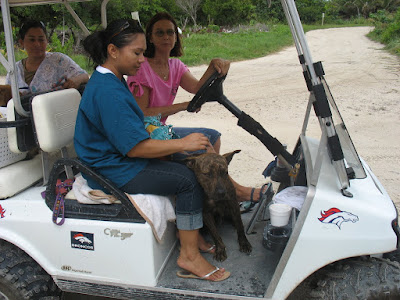 Once they have the pet owner’s permission the animals are taken to the clinic where the procedures are done at no cost to the pet owner. After the procedures are complete SAGA Humane Society returns the pets to their grateful owners. SAGA Humane Society and SACNW are also looking into stray animals that have been seen in the area and working with residents to catch and treat them. 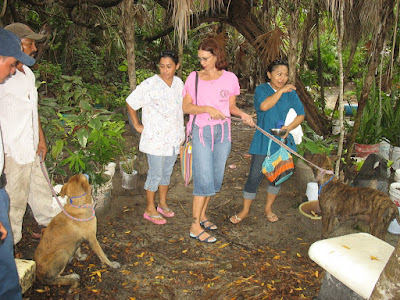 The program which began October 1st, 2009 has already met with great success which is noted below: 5 dogs collected - 4 female, 1 male. 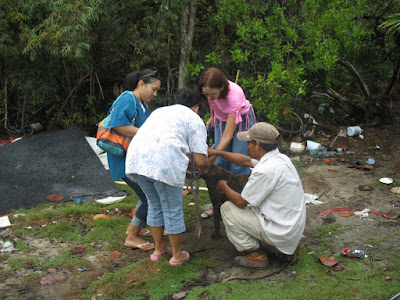 If you are interested in assisting SAGA to cover costs associated with this or other programs please call them at 226-3266 or visit http://www.sagahumanesociety.org/ and give generously.

It was Mahatma Gandhi who said, "The greatness of a nation and its moral progress can be judged by the way its animals are treated."

Posted by The San Pedro Sun Newspaper at 9:41 AM 1 comment: