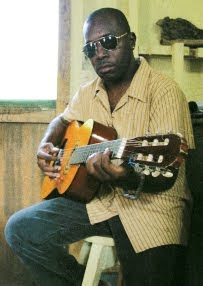 Press Release – Andy Palacio Foundation – November 30th 2010 - The Andy Palacio Foundation is pleased to remind the nation of Belize that December 2nd is the birthday of Andy Vivien Palacio. At the time of his death, nearly three years ago, Andy Palacio was the Deputy Administrator of the National Institute of Culture and History, Belize’s Cultural Ambassador, UNESCO Artist for Peace and the leading light behind the Belizean album Wátina that made it to the top of the European World Music Charts, a feat that was unprecedented for Belize. Andy’s role in taking Belizean music and culture to the world stage was likewise unprecedented. Belize still mourns his passing and it is fitting that we remember him on what would have been his 50th birthday.

Last year the Annual Andy Palacio Lecture was commenced with the idea that it would take place every year on his birthday. We regret that it has had to be postponed but inform the public that the lecture will be delivered by Dr. Joseph O. Palacio at a date to be announced in late January, 2011.

A song by Lloyd Augustine entitled Ayahuaháli ñou Balisi/Belize Weeps Yet Again and dedicated to the memory of Andy is being released by Stonetree Records. In this regard, radio and television stations are urged to play that song and other music by Andy Palacio on 2nd December to mark his birthday.

It is further announced that in April 2011 a children’s book titled Andy: Artist for Peace illustrated by Ian Gibson and written by Ian Gibson and Yasser Musa will be published by the Image Factory Art Foundation in collaboration with the Andy Palacio Foundation. The text for the book will be in English and Garifuna.
Posted by The San Pedro Sun Newspaper at 6:00 AM No comments: