While many visitors to San Pedro come to enjoy the sights, sun, sea and other activities that are easily accessible from the island, a group of 18 energetic volunteers from Tulsa, Oklahoma, USA decided to spend their Christmas vacation donating their time to a worthy cause, and the major recipients of this year’s mission were the children of San Pedro. 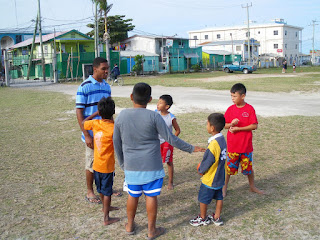 The mission came to life as a result of communications between Lighthouse Christian Radio and the Believers World Outreach foundation in the United States. Believers World Outreach (BWO) is a non-profit organization responsible for organizing missions and sending them to various regions. They facilitate mission trips for individuals, churches and other ministry groups that desire to reach out, sharing the love of Christ beyond their own comfort zone. (http://believersworld.com/) 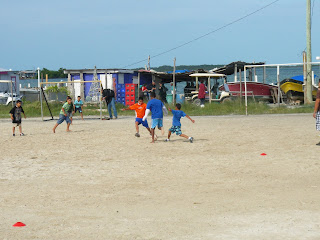 The “After Christmas Football Tournament Program” commenced on December 28th and stretched through December 31st. With the major success of the past year’s Summer Sport Camp Program, Mr. Welsh of Lighthouse Christian Radio, decided to keep the focus on sports, but this time only on football. The group brought with them, jerseys, sports balls, back packs, trophies, medals and other gift items to the total value of over $5000.00 BZ. 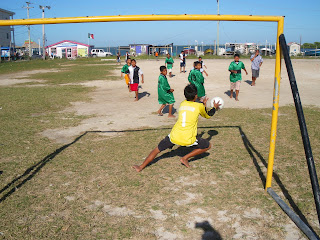 The mission saw over 36 kids between the ages of 9 and 13 competing in a four day football tournament. The tournament was divided into two divisions. The first division saw competitors between he ages of 9-11while the second division had competitors between the ages of 12 and 13. Apart from sportsmanship, the program promoted lessons in devotionals, friendship and team work; encouraging the children by offering them a chance to learn some good core values as well as compete in a sport that is close to their hearts. 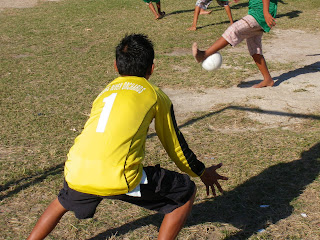 In the afternoons, the same teams got a chance to enjoy various events at the Central Park including face painting and vacation bible school for some of the smaller children. At the end of the four day tournament, each team received a trophy, 1st, 2nd and 3rd place received trophies as well as medals for all members of the teams. 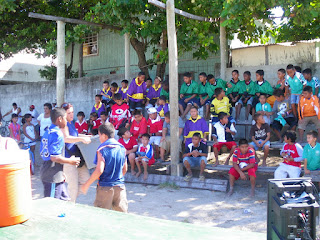 The program ended with a New Years Day Children’s Festival at the Central Park from 3:00pm – 6:00pm. Over 300 children were in attendance, along with their parents, and had the chance to participate in funfilled activities such as water balloon toss, sack race, cabbage toss, ring toss, face painting and there was even entertainment provided by a clown. 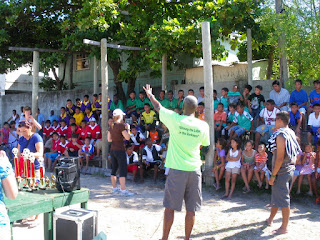 Lighthouse Christian Radio takes this opportunity to extend a hearty thank you to the visiting mission members from the United States, the San Pedro Town Council for providing venues, Southwind Realty and all the children and parents that participated, and made this first ever After Christmas Football program a success. With this huge success, Mr. Welsh hopes to make this event an annual one. 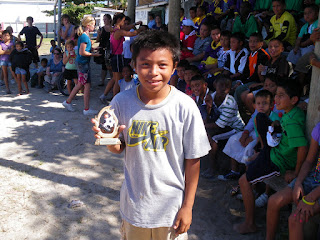 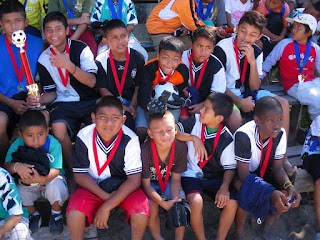 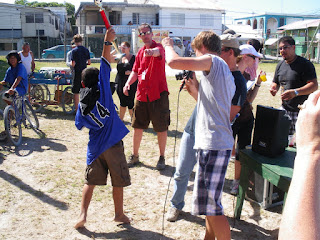 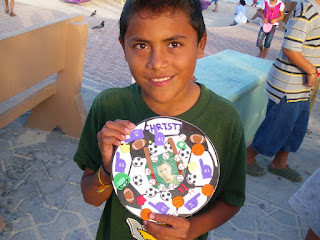 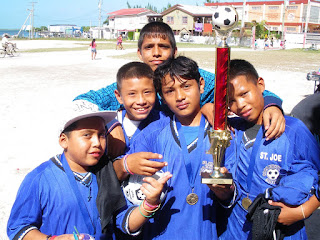 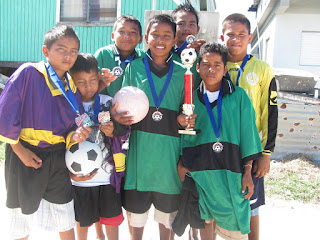 Posted by The San Pedro Sun Newspaper at 11:32 AM No comments: 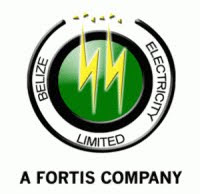 Belize Electricity Limited advises its customers in San Pedro Town that the supply of electricity will be temporarily interrupted from 9:00 a.m. to 2:00 p.m. on Thursday, January 6, 2011.

Areas to be affected: All that area North of Boca Del Rio.

BEL apologizes for the inconvenience caused but this outage is necessary for the company to facilitate system improvement works on the distribution system in the area.

For customer inquiries and services call us toll free at: 0-800-BEL-CARE OR 0-800-235-2273. To view scheduled outages via our website visit: http://www.bel.com.bz/services_outages.asp

This notice is for public information purposes only. For more information, contact Belize Electricity Limited, Corporate Communications Department at 227-0954, extension 2502.
Posted by The San Pedro Sun Newspaper at 11:06 AM No comments: