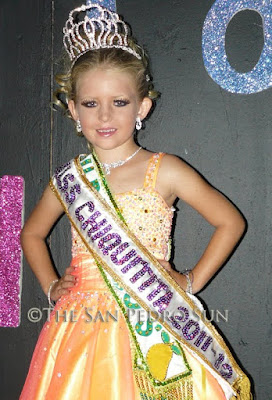 A very beautiful and composed Gabby Knox-Alexander was crowned tonight as the new Miss Chiquitita. Gabby was chosen as the winner amongst 7 contestants vying for the title of Miss Chiquitita 2011-2012. The pageant is held as a fundraiser to help San Pedro Pre-School with their operational expenses. 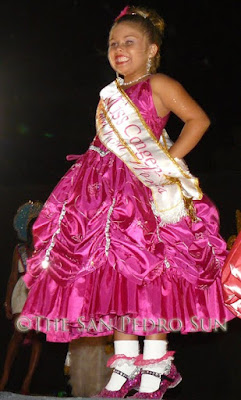 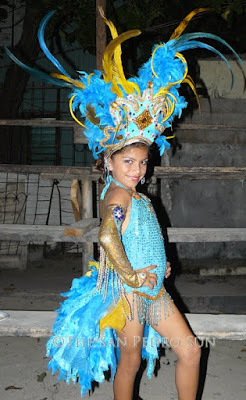 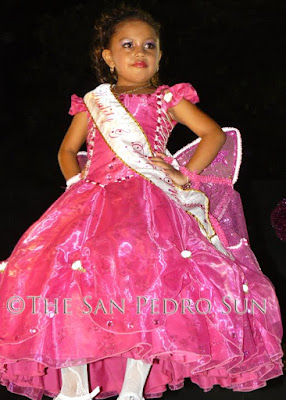 Second Runner Up Miss Noely Wiltshire
Congratulations to all the lovely young ladies who participated and did a FANTASTIC job. And to Gabby, a very big congratulations as well!
More photos and details will be posted as they become available!

Posted by The San Pedro Sun Newspaper at 11:25 PM No comments:

A source from within the San Pedro Police Department has confirmed to The San Pedro Sun that SP Hardware was robbed in the late afternoon on Friday April 8th 2011. The incident happened sometime before ten o'clock last night. While the incident was reported, as of post time, the manager had not made a formal report. As a result, the total loss from the robbery is unknown.

The San Pedro Sun will continue to follow this story will keep you updated as more information becomes available. The incident remains under investigation.
Posted by The San Pedro Sun Newspaper at 2:04 PM No comments:

After an altercation in the San Pedrito area in San Pedro, A.C. left one man hospitalized; three individuals have been arrested in connection to the incident. Mr. Roland Ford was hospitalized following a chopping/stabbing incident on Thursday morning.
The three detained are Mr. Miguel Martinez, Mr. Joel Vasquez and Ms. Vanessa Hall. The incident is said to have occurred at the residence of Miguel Martinez. Sources inform The San Pedro Sun that on Wednesday April 6th, Mr. Martinez reported to the San Pedro Police Department that he was being threatened. Then on Thursday morning at around 1:00am, Mr. Roland Ford went to the residence of Mr. Martinez after a night of socializing at a popular bar/nightspot. An argument ensued during which Mr. Martinez was able to unarm Mr. Ford, and using the same weapon, inflicted two stab wounds. Ford persisted and this led to him receiving two chop wounds at the hands of Mr. Martinez.
Mr. Ford’s injuries are described as one stab wound to the right side of his neck, a stab wound to his left cheek, one chop wound to his left elbow that was so severe as to cause a fracture, plus a chop wound to his left arm. Ford bled profusely and lost consciousness. He was rushed to Ambergris Hope’s Clinic where he was attended by Dr. Daniel Gonzalez. He was released from Dr. Gonzalez’ care at 3:30am after the bleeding was stopped and he was stabilized. He was then transported to the San Pedro PolyClinic II where he was under the care of Dr. Zuniga until he was airlifted to the Karl Heusner Memorial Hospital at 5:30 on Thursday morning.
Police continue investigating, and no charges have been levied against the detained.
Posted by The San Pedro Sun Newspaper at 6:00 AM No comments: