Tis' the season to be jolly, and over the weekend, hundreds of San Pedro's children got a very special visit from Santa Claus, along with some much deserved Christmas presents. Smiling kids, some good and even some naughty, were all treated to some Christmas cheer.
On Sunday, Santa visited the Lion's Den, where several hundred kids anxiously awaited their turn to sit with Santa. Also on that same day, the San Pedro Town Council held its annual gift giveaway at the Central Park. Here, kids were called by their names and one by one they climbed up to the stage to meet the 'big red robed guy', as some kids stated. With over several thousands in gifts and surprises, no child went home empty handed.
Here are a couple shots of the Christmas cheer! 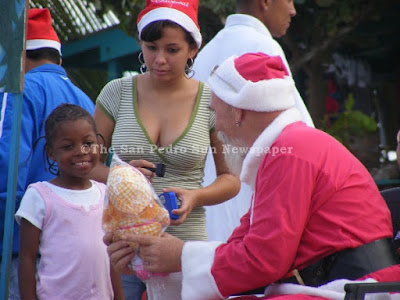 This little girl recived a doll for x-mas. 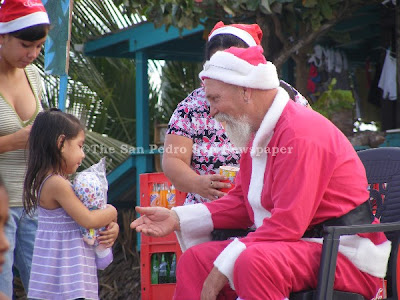 While most kids were delighted to meet Santa, some were a bit shy. 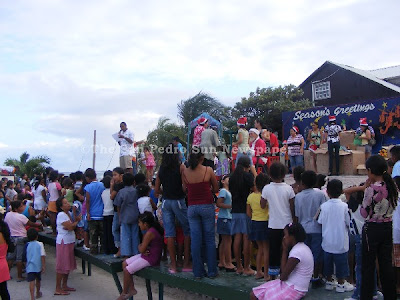 The Central Park was packed with eager kids and their parents as they waited for their turn. 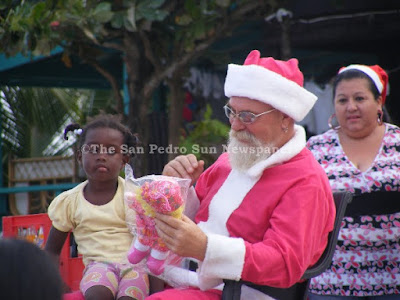 Santa forgot to bring this little girl the RIGHT gift, she seemed a bit upset. 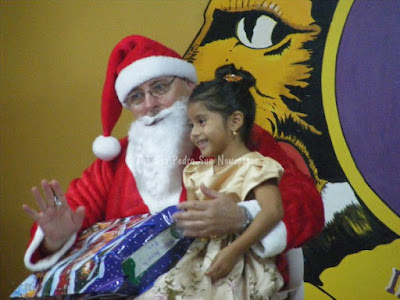 Santa visits with kids at the Lion's Den. 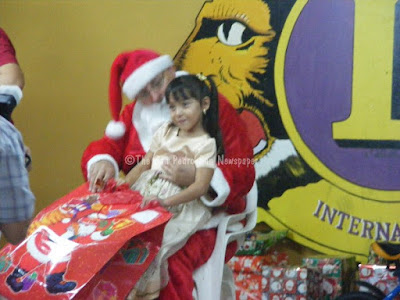 Children get their picture taken as a fond memory of Christmas 2008. 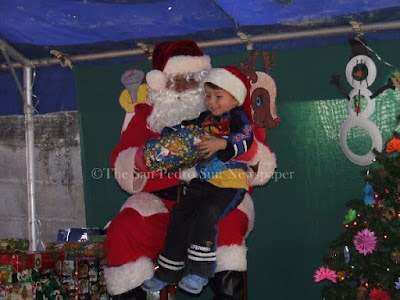 Seems you have been a good boy huh Davin?! 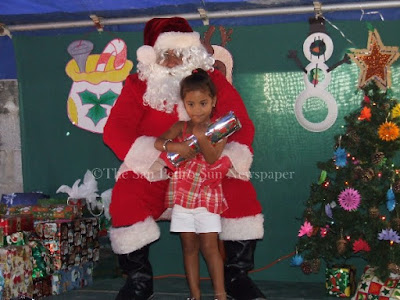 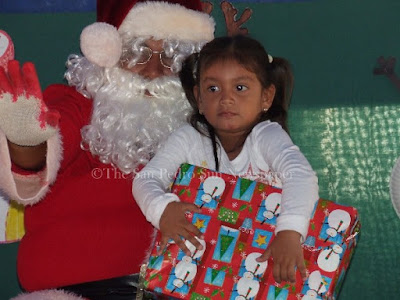 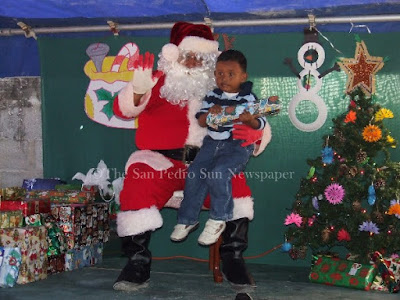 Aaron gets a gift from Santa too. Smile!
Posted by The San Pedro Sun Newspaper at 10:45 AM No comments: