Corozal Bay, Corozal District. Dawn of Sunday 27th February broke over the waters of Corozal Bay revealing 4 marker buoys bobbing excitedly on the white capped waves as nine Pico, Lasers were being returned to the Bay from the previous day’s practice. The regatta was part of the Corozal Water Festival and Expo, organized by a committee headed by Rick Rosalez.

The BFATC Picos were brought to the Bay the previous day by road on a flat bed truck provided by Maheia’s United. 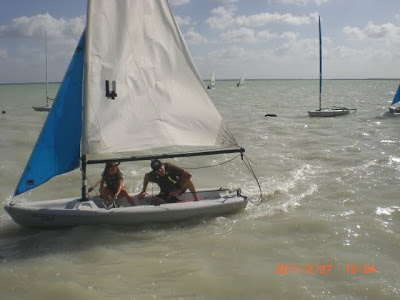 The Douglas Gabourel trailered his Hunter 14 from Honey Camp Lagoon.

Two Hobie Cats sailed in from the Consejo Yacht Club, arriving on a run in the ever freshening south easterly breeze. 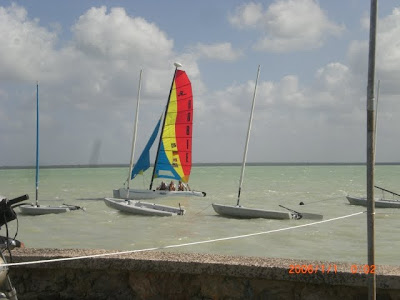 Soon Rainbow Park at the North end of Corozal Town began to fill with hundreds of people and with the BBQ and tacos stalls in full swing and the shore side official ceremony completed, the races began. Gilharry Seven providing music, several stage activities including the mauga-man contest kept spectators entertained between races as did banana boat rides.

The weather held throughout: popcorn clouds, blue skies and wild water in the Bay! Lots of children and adults were fascinated with the Regatta. Many had come expecting to see Optimist!

Next event is the Baron Bliss Harbour Regatta on Sunday 6th March at the BTL Park. 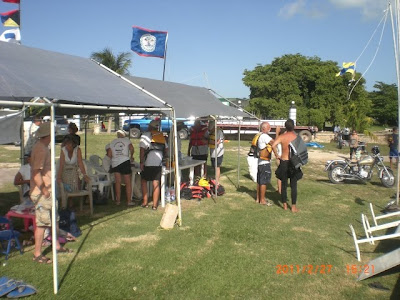 Posted by The San Pedro Sun Newspaper at 9:30 AM No comments:

Be sure to visit the Boca del Rio beach at Wayo’s Beachside Beernet on Sunday, March 6th, for “Tropical Island Academy’s BEACH BBQ BLAST.” A BBQ grilling competition is ‘heating up!’ Each classroom will be grilling delicious dishes for all to enjoy while competing against each other for “Most Delicious!” Representing Beginners & Infant I will be Patrick Houghton of Cayo Espanto. Grilling for the boys and ‘grrrls’ of Infant 1 & Infant 2 will be Amy Knox of Wild Mango’s. Charles Worthington of Estelle’s by the Sea will BBQ for Standards 1 & 2, and PJ Leslie of Latitudes Café joins John Harvey, Grill Master of Robin’s Restaurant, to support Standards 4 & 5. 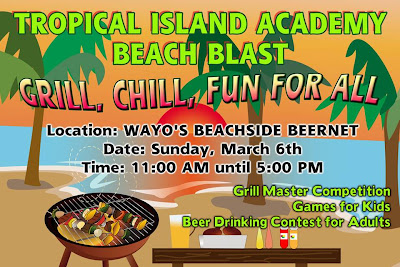 The entire community is invited to eat well and enjoy beach games - with lots of prizes from enthusiastic sponsors. Thanks to Bowen and Bowen Ltd., Running W Meats, Gallon Jug Agroindustry, and Suya Tours for getting the party started. Gifts and prizes from many active sponsors will be given away in an array of games and competitions for boys, girls, and grown-ups of all ages! Thanks to Chan Chich Eco-Lodge, Changes in Latitudes, Cayo Espanto, Wine de Vine, Amigos del Mar, Lil’ Alfonse Tours, Sol Spa, Ocean Essence Water Top Spa, Heaven’s Hair and Nails, Mariano’s Ice Cream and Yogurt, and more to come! Spend a day at the beach, 11:00 AM - 5:00 PM, for a good cause: the enthusiastic students of the Island Academy. No entrance fee! 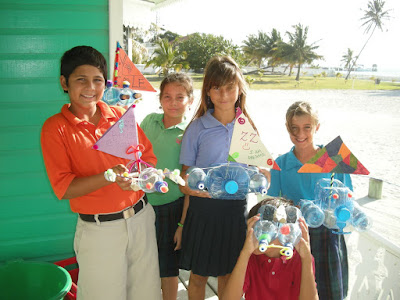