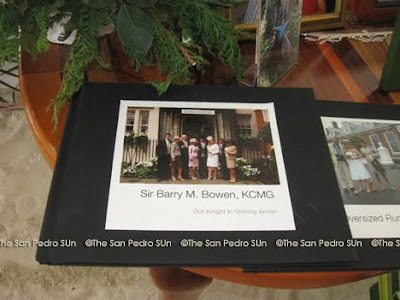 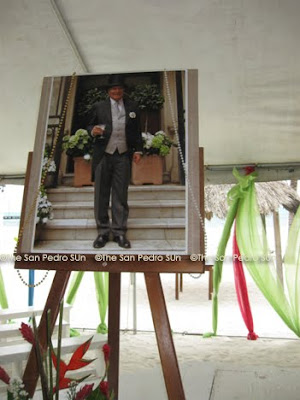 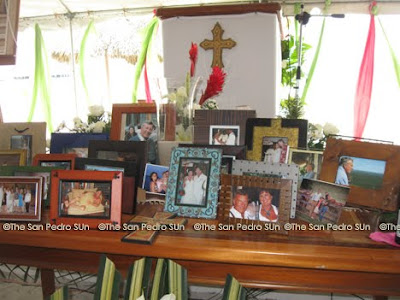 A memorial service for the late Sir Barry Bowen was held this afternoon at the Island Academy. Islanders joined the Bowen family to bid a farewell to the Belizean entrepreneur. The Celebration of his life commenced with a Special Tribute courtesy of the students of the Island Academy. 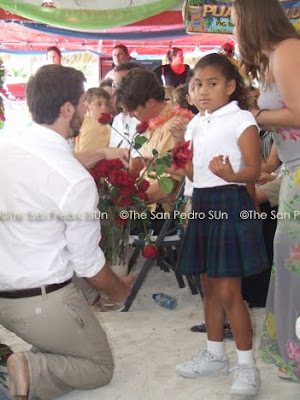 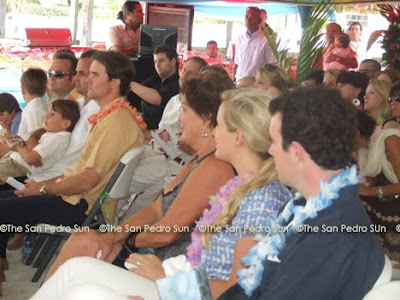 Speeches in honor of Sir Bowen were presented by Honorable Manuel Heredia Jr., Raymond Bowers, Dennis Woodriff, Wolfram Koehler, Johnny Grief, Henry Beissner, Shelley Stonesifer, Michael Bowen, Zander Bowen, Dustin Bowen, and Courtney Bowen.
Sir Barry Bowen passed from this life the evening of February 26th, 2010. Sir Barry was born in Belize City, Belize and made San Pedro, Ambergris Caye his home.
Sir Barry is survived by his loving wife Lady Dixie Bowen and his six children (Shelley Stonesifer, Kevin, Michael, Zander, Dustin and Courtney) and ten grandchildren. Sir Barry is also survived by his brother Bruce Bowen and his sister Pamela Pull.
A State Funeral for Sir Barry Bowen will be held on Tuesday, March 2nd at 10:00 a.m. in St. John's Cathedral in Belize City.
The family wishes to express their sincere gratitude to all those who have supported us during this time of loss.
-The Bowen Family
Posted by The San Pedro Sun Newspaper at 4:31 PM No comments:

He had gone to enjoy a night out at Big Daddy's Night Club, unfortunately for one individual the night didn't end up so well. He got into an altercation which led to him bieng stabbed. He proceeded to head to the San Pedro Police Department where he placed a complaint. Realizing the extent of the victim's wound, police officers proceeded to call Dr. Otto Rodriguez to administer medical attention. Dr. Rodriguez, the victim and two officers boarded the silver pick up enroute to the PolyClinic. At the corner of Pescador Drive and Tarpon Street, the police vehicle experienced a malfunction when the brakes didn't work. 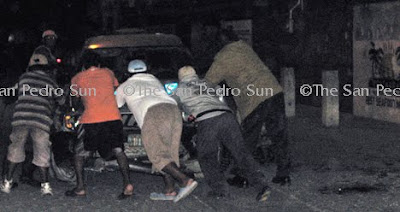 This caused the vehicle to crash into the San Pedro Roman Catholic School's fence. Assistance was received and the victim was transported to the PolyClinic. Requiring medical attention too was Dr. Rodgriuez who broke his leg and one of the officers who was also complaining of pain. 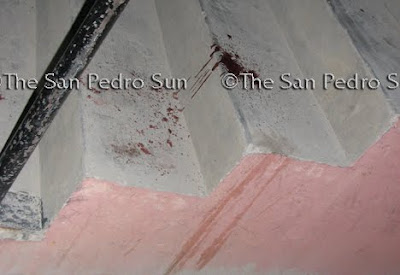 Posted by The San Pedro Sun Newspaper at 11:49 AM No comments: