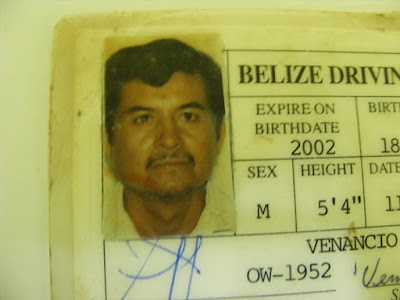 Venancio Tillett, deceased
The San Pedro Police Department is investigating the death of a man on the island. At about 1:00 p.m. on Sunday, January 18th, police were called to an area south of San Pedro Town, Ambergris Caye in the Boca Ciega Area where police found the lifeless body of a man in the second stage of decomposition. The man, identified as 59-year-old Venancio Augustine Tillett, a resident of San Lazaro Village in the Orange Walk District, was a caretaker at Club Caribbean Resort. According to Police, Tillett was found in the water near some mangroves dressed in brown pants and a gray T-shirt, with no foot wear in Siete Canal in the Boca Ciega Channel. While no visible signs of violence were observed on the body, a post mortem examination was conducted on Monday, January 19th, to determine the cause of death.
Posted by The San Pedro Sun Newspaper at 9:18 AM No comments: