JP’s of San Pedro sworn in 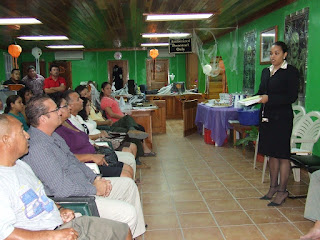 On hand for the official swearing-in was Priscilla Banner of the Attorney General’s office who spoke about the legislation and gave a run down of the duties and obligations the Justices of the Peace should uphold. Banner emphasized that the system of Justices of the Peace was the foundation of the Belizean legal system, and urged the new office holders to exercise the functions of their office without fear or favor, affection or ill-will. All eight individuals did this on oath over the sacred Holy Bible. 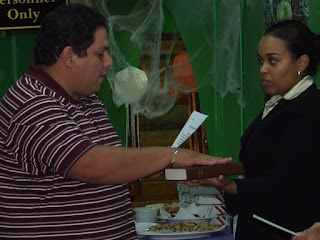 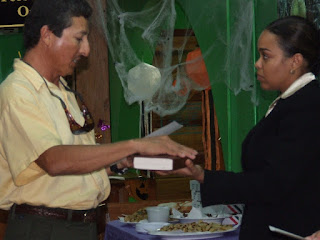 A Justice of the Peace (JP) is a judicial officer appointed by means of a commission to keep the peace. Depending on the jurisdiction, they might dispense summary justice and deal with local administrative applications in common law jurisdictions. Justices of the Peace are appointed or elected from the citizens of the jurisdiction in which they serve, and are usually not required to have a formal legal education in order to qualify for the office. 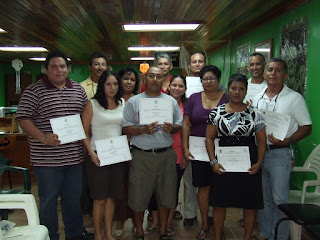 These twelve individuals were chosen based on their civic duty and commitment to their communities. Individuals sworn in were: (Senior JP’s) Ruben Gonzalez, Fidel Ancona, Wilfredo Alamilla Jr., Anne Elizabeth Longsworth, Yolanda Parham, and Daniel Guerrero. Whilst Justices of the Peace were: Abelina Heredia, Herman Acosta, Adaleida Gonzalez, Gonzalo Muñoz, Severo Guerrero Jr., and Melita Guerrero.
After the official formalities, Minister Heredia thanked the new Justices of the Peace for accepting their new office of serving the community of San Pedro Town in a voluntary capacity.
Posted by The San Pedro Sun Newspaper at 9:50 AM No comments: