Belize Coalition to save our natural heritage 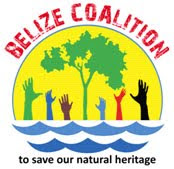 Chair, Belize Coalition to Save our Natural Heritage

Belize City, Belize, January 19, 2011 - - The Belize Coalition to Save Our Natural Heritage supports SATIIM in its opposition to oil exploration in the Sarstoon Temash National Park, a protected area, by US Capital Energy. The Coalition also firmly rejects the Prime Minister’s publicly stated position that oil exploration and exploitation should be allowed in protected areas.

Protected areas in Belize have been designated as such to safeguard ecosystem services such as the provision of clean water, clean air and food, and to maintain biodiversity. In addition, both marine and terrestrial protected areas are the primary tourist visitation sites in the country. Countries such as Ecuador have allowed oil companies to exploit oil from ecologically sensitive areas with devastating effects. Over three decades after fourteen thousand barrel of oil spilled in the Ecuador Amazon, the effects on people’s health and lives continue.

The minimal economic benefits that the people of Belize are receiving from tax revenues from oil exploitation do not outweigh the high risk of an oil spill in ecologically sensitive areas during the exploratory or exploitation phase.

We call on the Government of Belize to rescind its policy of allowing oil exploration and exploitation in protected areas and in our marine waters through the cancellation of leases issued within these areas, and protect the livelihoods and health of all Belizeans.

Join the Belize Coalition to Save our Natural Heritage in its fight. Contact us at 223-7962 or at coalitioncoordinator@apamo.net.

The Belize Coalition to Save Our Natural Heritage protects our natural heritage by serving as a channel for the voice of the people through advocacy, education, research and actions, which promote the best interest of Belize and its people.