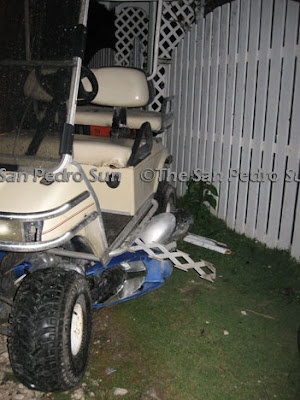 Last night around 7pm electrician Secundino Gonzalez was making a house call to the residence of Elito Arceo when his parked motorbike was run over by an out of control golf cart. Witnesses report that the driver of the cart, Reed Purdy, appeared under the influence of alcohol and was speeding along the road that borders the south side of The Mansions Gated Community in the San Pablo area. Somehow Purdy lost control of his cart and completely ran over the parked motorbike while also damaging a section of the Arceo fence. 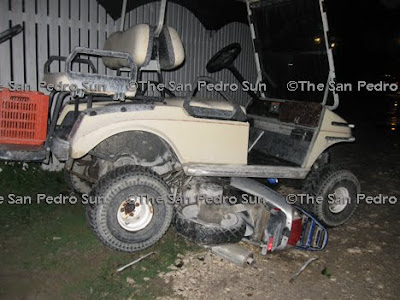 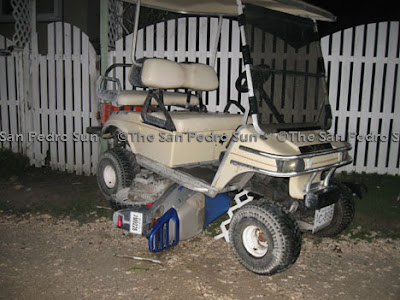 Police were called but had not yet arrived when The SPSun reported to the scene. At that time Purdy was not with his vehicle and witnesses stated that he claimed to be on a mission to replace the motorbike.
No one was injured and the accident is under investigation by the San Pedro Police Department.
Posted by The San Pedro Sun Newspaper at 9:18 AM 1 comment: