In an attempt to increase awareness and promote community participation, the Ministry of Health signed an agreement on Tuesday with the San Pedro Aids Commission to install three (3) new condom vending machines in San Pedro. These fully mechanical machines are part of the Ministry of Health’s initiative project of strengthening Belize’s Multi-sectoral response to HIV and AIDS. According to Elvis Requena, Project Coordinator for the Ministry of Health, “there are 15 total machines that have been distributed; San Pedro gets three, Belize and Cayo have received the rest. Our plan is to continue with this project and acquire more machines to be placed all across the country,” he stated. 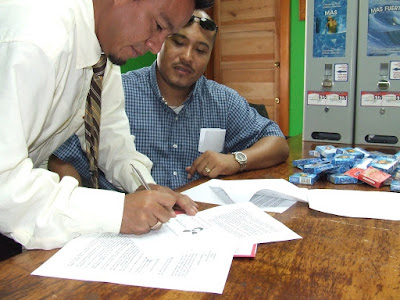 President of the SP AIDS Commission, Felix Ayuso signs the terms of agreement for mantaining the machines. 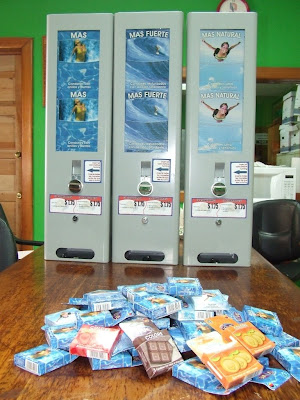 The machines have a capacity of six packs which holds three VIVE brand latex condoms each. To use it, one just needs to have $1.75 in its exact change, turn the knob after inserting the coin in the machine. 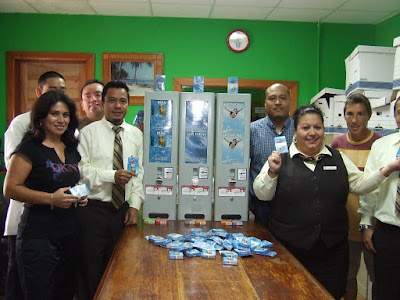 The machines will be installed at three locations: Jaguar’s, Amigos Bar and anyone wishing to have the last one established in their business place, kindly give Ayuso a call at (624) 9379.
Posted by The San Pedro Sun Newspaper at 5:20 PM No comments: