The 13th Annual La Ruta Maya Belize River Challenge is underway. It takes place between the dates of March 5 - 8, 2010. 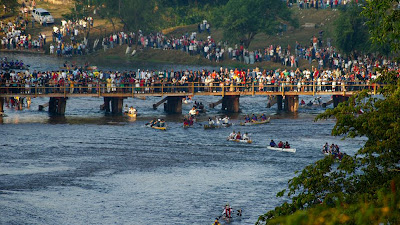 The picture above is of the start of the race. The race started in San Ignacio with three stops along the way. The stops are: Camp 1 in Orange Walk - Camp 2 is at Bermudan Landing - Camp 3 is at Burrel Boom). The race finalizes in Belize City at the Haulover Bridge. (Picture provided by Leslie Kearns at Belize Affordable Web Design) 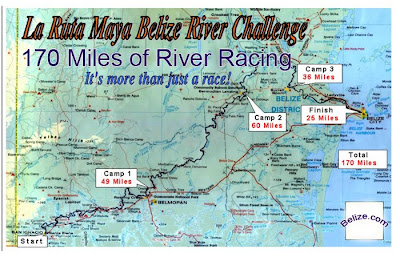 Who will be this year's winner? Find out on Monday!
Video footage of the 2009 La Ruta Maya Belize
Posted by The San Pedro Sun Newspaper at 12:17 PM No comments: 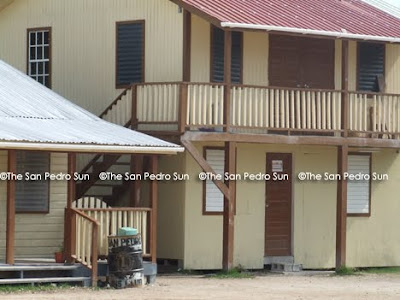 There are still no answers in the murder of 21 year old University of Belize student Teddy Murillo. The Murillo family is very active in the Seventh Day Adventist Church and Teddy was a Deacon. In fact on Friday night, hours before he was killed he was at church. Well, that Church took a bold stand for him – the decision to shut down the 25 primary, secondary and tertiary schools it manages on Friday, March 5th. 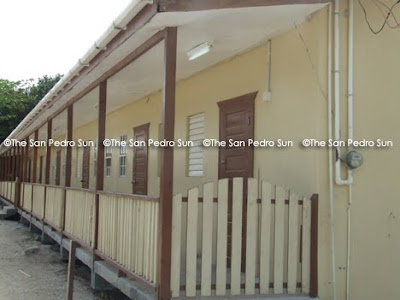 The San Pedro Seventh Day Adventist Academy took a stand along with their peers and the school was closed for the day. Students remained at home while teachers showed their solidarity.

According to an official release, the decision to close the house doors at all those schools is to, “express indignation art the brutal and senseless murder of one of our young members...” It continues to say, “the ongoing murders (some from the very same persons who ought to be protecting us) have instilled fear and chaos in citizens and visitors alike.” A church with thirty four thousand members countrywide just outright saying that police are responsible for “some of” the “ongoing murders?”
Related stories:
Channel 7 (Adventist Church Will Shut Down 25 Schools)
Channel 7 (Family of Murdered Deacon Accuses Police of Murder)
Posted by The San Pedro Sun Newspaper at 10:55 AM No comments: