Belize Electricity Limited advises its customers in San Pedro Town that the supply of electricity will be temporarily interrupted from 9:00 a.m. to 2:00 p.m. on Wednesday, February 23, 2011.

Areas to be affected: All of Pescador Drive, Coconut Drive, Almond Street, Elliott Subdivision, San Marcos, San Pedrito, DFC Subdivision and San Pablo Area.
BEL apologizes for the inconvenience caused but this outage is necessary for the company to facilitate maintenance works on the distribution system in the area.
Posted by The San Pedro Sun Newspaper at 10:38 AM No comments:

With the variety of games and venues available on the Island, it’s always refreshing to find something unique. Well, Doug and Noel of Wahoo’s Lounge have found just that – and now offers the only dating game on the island. Fittingly, on Valentine’s day February 14th 2011, Wahoo Lounge premiered their “Dating Game”.

Attended by well over 50 on lookers and with over 15 participants, the game was a great success. With a short delay due to technical difficulties, the game started around 8:00pm. MC Doug kept the crowd entertained as the contestants got ready for the game. With the first segment being televised, participants were very nervous. 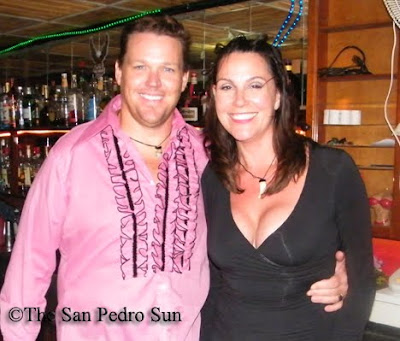 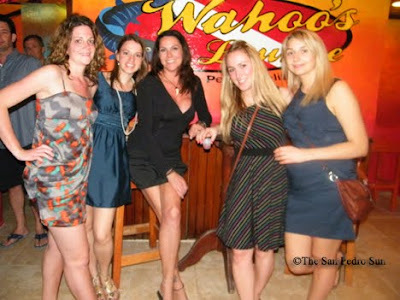 The game is pretty straight forward. For each contestant, there are three suitors. The contestant is not allowed to view the suitors until after a choice is made. Hidden from the suitors, the contestants get the opportunity to pose three questions to each suitor. The contestant then chooses a suitor based on the response provided and are at times influenced by the people’s choice. 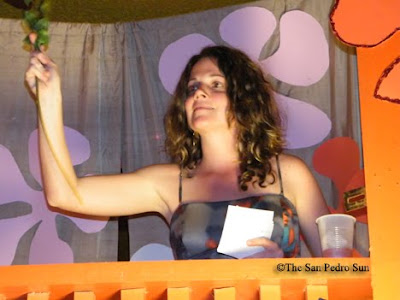 The questions include the following; if you were abducted by aliens, what would you want to take with you? If you could choose to be a fruit, which fruit would you choose to be? The air of nervousness with the participants was short lived, as with the crowd cheering them on, everyone became very involved and the fun commenced. 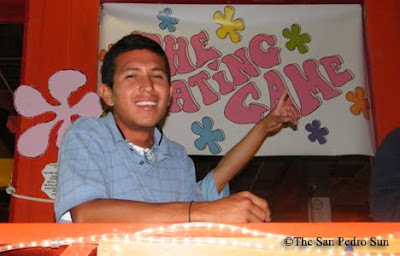 The dating game is opened to just about anyone, regardless of your sex, age, place of residence, or sexual orientation. All are welcome to sign up and participate in this new, fun filled game. With a chance to win fabulous prizes such as horseback riding among the Mayan Ruins after being flown to the mainland by Maya Island Air; a Sea Trek Adventure for two, hour jet ski ride, snorkel packages, scuba packages, diners for two, this is a must try. 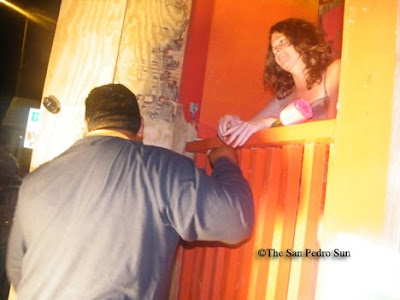 “The dating game is a fun game that offers especially locals, the opportunities to get to know each other and even experience tourist activities they might otherwise not be able to experience”, commented Noel. The target group for this activity is people who live in San Pedro or are doing an extended stay in the island – all are welcome to join. 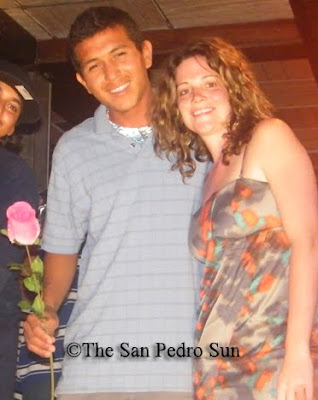 With the success of Monday night’s game, the organizers have decided to make this a weekly event every Monday nights starting at 8:00pm. Stop by the Wahoo Lounge anytime during their open hours to sign up or like them on facebook, “Wahoo’s Lounge Belize”. Sponsors include Discovery Expeditions, Island Diver’s Belize, Sol Spa, San Pedro Water Sports, Crave Restaurant, among others.
Posted by The San Pedro Sun Newspaper at 9:47 AM No comments: