The San Pedro Business Association convened at El Divino where they held their General Meeting. An introduction was given by Chairman Elito Arceo who presented Claudio Azueta who explained Property Taxes on the island. Azueta explained how taxes are calculated, who makes the assessments, and what residents can do should they have a problem with their bill. 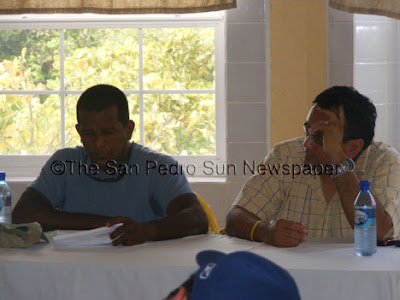 An update on the Lobster Festival was next on the agenda. Rebecca Arceo stated that the fest will commence on June 14th with a pre-party at El Divino featuring the Fat Cats. Throughout the week many lobster filled events will take place and culminate with the Block Pary Extravaganza on the 20th. 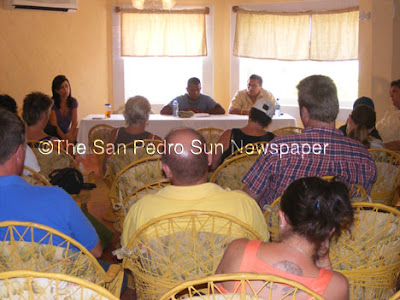 Other items on the agenda include an update on membership and fees, nomination of additional board members, a discussion on the Polyclinic and 24/7 medical service.
Posted by The San Pedro Sun Newspaper at 4:30 PM No comments: