At approximately 3:49 p.m., the San Pedro Fire Department received information of a fire taking place. Full speed ahead SPFD went in search of the blaze which was found at Sea Grape Apartments on Coconut Drive. When they arrived on the scene, they discovered that neighbors had assisted in extinguishing the blaze.
SPFD investigations have revealed that tenant Katherine Coco Henkis was allegedly seen throwing items from her apartment outside to the verandah. A neighbor claims that he saw Henkis light the items on fire after which, it is alleged that she locked herself inside the apartment. The verandah was fully ignited and neighbors sprang into action dousing the flames. Henkis was repeatedly asked to unlock her doors and step out of her home but she refused. The door had to be broken down in order to gain access to the inside.
Fire Chief Jerome Garcia stated that what was ignited was actually a log, some lumber and paint containers. 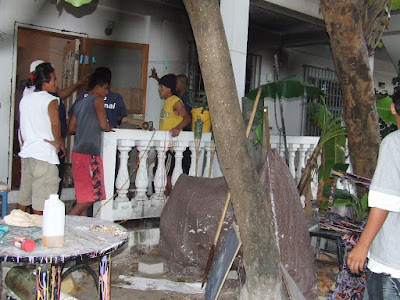 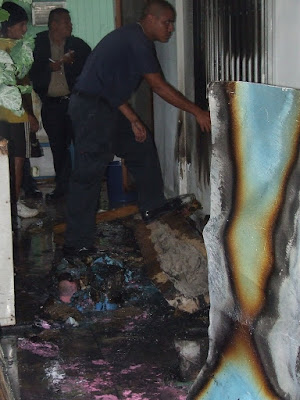 No damage was seen inside the apartment but the verandah did receive serious smoke damage. Read more of this story in Friday's edition of The San Pedro Sun!!
Posted by The San Pedro Sun Newspaper at 10:43 AM No comments: