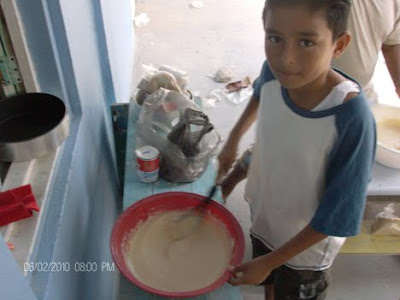 Dear Editor:
This Saturday our mission was to bake a cake but not 'pack' cake. It had to be home-made. We also had to beat it without a mixer. It had to be with hands and spoons.
Thanks to Cub Scout leader Sylvia Flores and Cub Scout assistant Maribel Ramirez, we were able to make our yummy cakes. 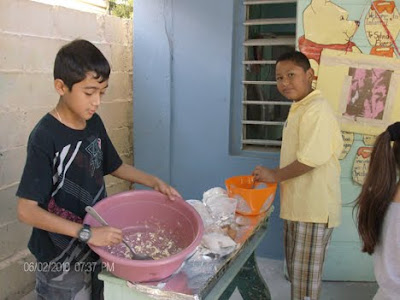 Each cub made their own cakes. Those cubs were Yasir, Emanuel, Manuel, Michael, Carter, Armando, Jennessa and Abrianna.
We once more extend the invitation to join us.
Thank you!
The Cub Scouts 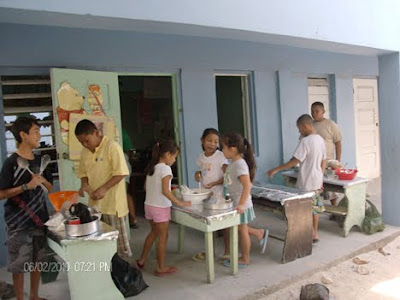 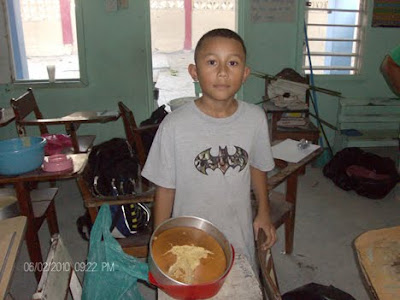 Posted by The San Pedro Sun Newspaper at 11:50 AM 1 comment:

The preliminary hearing for the murder charges against Brionne Swift and Victor Garnet continued on Monday at the San Pedro Magistrate Court. On January 26th, the Director of Public Prosecution (DPP) referred the murder charges to a preliminary hearing to see if there was sufficient evidence to send the case to the Supreme Court. Both Swift and Garnet are accused for the January 2009 double murder of Eduardo “Brahlee” Gutierrez and James Swan that occurred in the Rocky Point Area on north Ambergris Caye.
That same day, Magistrate Emerson Banner heard arguments from Swift’s defendant attorney Richard “Dickie” Bradley. In Bradley’s argument, he pointed out that there was no concrete evidence to point Swift to the murder scene. In fact, Bradley stated that the statements submitted for evidence were contravening each other.
At the end of Bradley’s summation of his arguments, Magistrate Banner explained that he would reserve his ruling on the preliminary hearing until Monday, February 8th, 2010. When both accused went into court on Monday, Magistrate Banner adjourned the case for Tuesday, February 16th on the request of Attorney Bradley who could not be in court for the ruling.
Both Swift and Garnet were remanded to the Hattieville Prison until February 16th, pending the results of the preliminary hearing.
Related links: Alex Soler freed of murder charges Drug war claims three lives
Posted by The San Pedro Sun Newspaper at 10:16 AM 2 comments: