Within the Be Kind Belize program is a very special feature, one that gives children a first hand experience into the animal world. Kind Kids Adventure held its 2009 exploration this past weekend, on August 22nd and 23rd. Kids who participated in the adventure where students of the Be Kind Belize program and whose classmates had votes as some of the kindest children in their class. 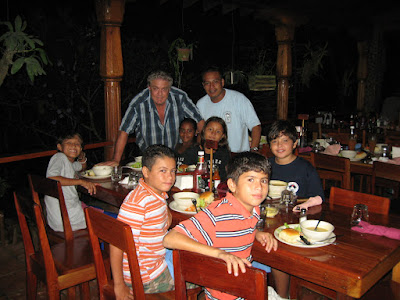 Their adventure began with a ride to Belize City courtesy of San Pedro Belize Express Water Taxi. According to a press release issued by Be Kind Belize six children attended the trip and included students from Holy Cross Anglican School and Island Academy who were accompanied by two teachers – one from each school. When the adventurers arrived at Belize City, they were each handed a goody bag filled with items donated by Lori and Jim Prediger and Charlene and Ted Jordan. Kids also received a Be Kind Belize t-shirt which was donated by Gecko Graphics.
The kids not only enjoyed various stops but were educated and enlightened along the way. Places that they visited included the Belize Bird Rescue, Roaring Creek, the Belize Herpetarium and Aquarium Park, Ian Anderson’s Caves Branch, Monkey Bay Wildlife Sanctuary, and the Belize Zoo. 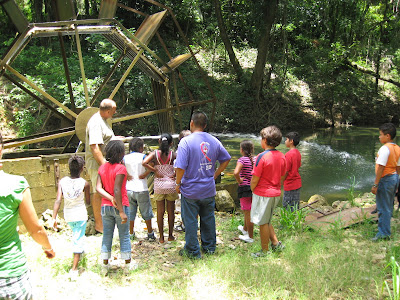 Special thanks must be given to donors who supplied funds to make this
trip possible. These are Marty Casado from AmbergrisCaye.com, the Jordans and
the McGhees. This adventure would not have been possible without the generous
support of Ian Anderson’s Caves Branch, San Pedro – Belize Water Taxi, Karen
Turner Cruz and Belize Jungle Dome, Deborah Gagnon and Denny’s Canada, Gecko
Graphics, KaKaw Chocolate, Lori & Jim Prediger, Belize Bird Rescue, Alyson
Coye, Dr. Orlando Baptist, Tony Garel and the Belize Herpatorium and Aquarium
Park, Monkey Bay Wildlife Sanctuary and Belize Zoo/Tropical Education Centre.
Also, thanks to Alana Sullivan for carrying the backpacks down from Canada for
us.
Most of all Be Kind Belize thanks the teachers
from Holy Cross Anglican School and Island Academy for being such great
companions and excellent role models for the kids – Daniel Jones and Tara
McGregor.

Posted by The San Pedro Sun Newspaper at 3:14 PM No comments: