The San Pedro Sun has has been able to confirm that there was an accident in Caye Caulker earlier this afternoon. Confirmed reports are that a vessel exploded in the vicinity of the Caye Caulker Gas Station, located at the Pelican Point Marina.
Unofficial reports are that while two individuals were injured, one individual has been transported to the Karl Heusner Memorial Hospital, in a critical condition, while the other remains on the scene.
The vessel reportedly came from St George's Caye to fill up with gas and had left the station when the explosion occurred.
The San Pedro Sun will continue to follow up on this story and report to you as the information becomes available.
Posted by The San Pedro Sun Newspaper at 4:29 PM No comments:

Great news for our many lobster lovers; visitors and locals alike; your wait is over. Lobster Season officially opened today June 15th. A day very much anticipated by our many fishermen; saw fishermen up early in the morning racing out to lift their traps with the hope of bringing in the big catch. 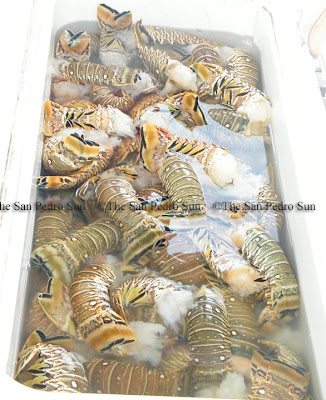 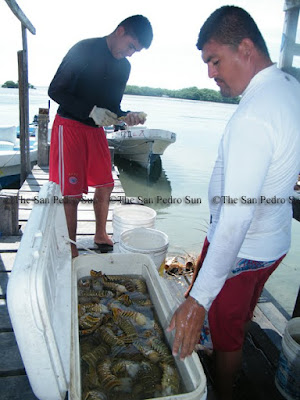 Open season for lobsters in Belize is June 15 through February 15. Local resident Nestor Rivero informed The San Pedro Sun that this catch was much better than last year as they brought back more than 200 lbs of lobster tails today. 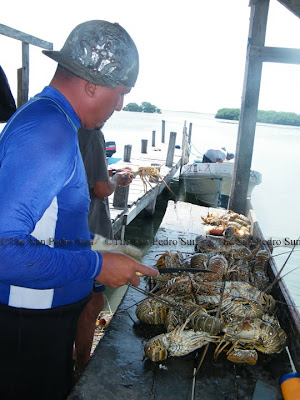 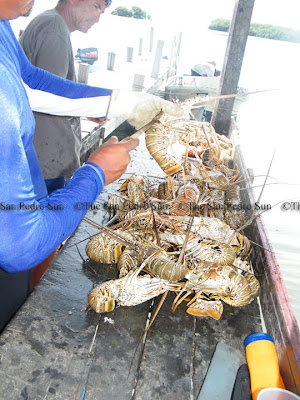 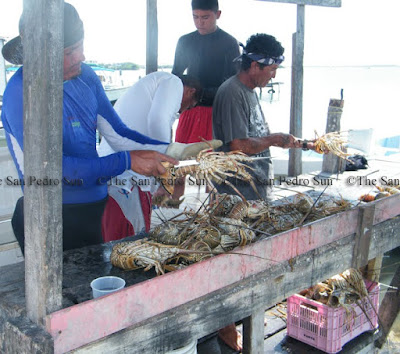 May this be one of the best Lobster Season for all our fishermen and of course – to our thousands of Lobster Lovers – Buen Provecho!

Posted by The San Pedro Sun Newspaper at 12:50 PM No comments: 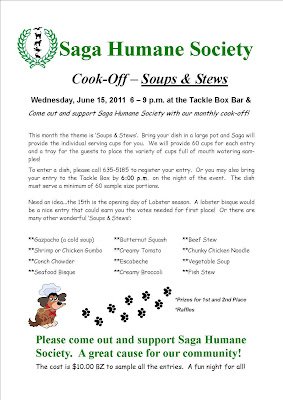 Posted by The San Pedro Sun Newspaper at 11:05 AM No comments:

On Wednesday, June 15th, 2011, the San Pedro Immigration Department invites everyone to come by the Saca Chispas field to help them celebrate their Open Day.

Posted by The San Pedro Sun Newspaper at 6:05 AM No comments:

The San Pedro Under 20 Football Team (SPU20FT) went up against Hattieville United on Sunday June 12, 2011. This marked the second game in the 2011 Belize District Football Association (BDFA) under 20 regional games. 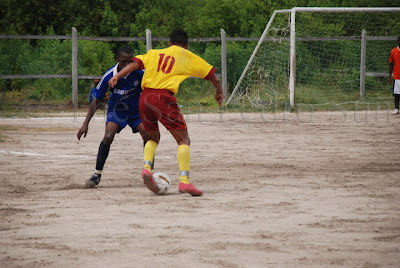 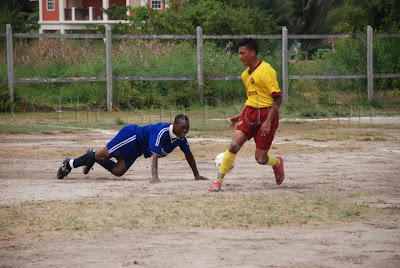 The game ended in a draw with both teams scoring one goal each. The first goal was scored by San Pedro’s Delmar Casey Jr. of the SPU20FT followed by Keaton Dyer scoring for Hattieville United less than twenty minutes afterwards. With supporters from both teams cheering their team, the game was a tight and very entertaining one. 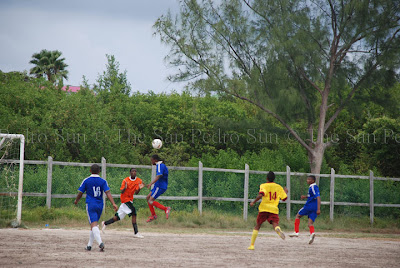 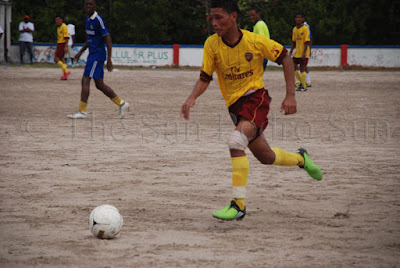 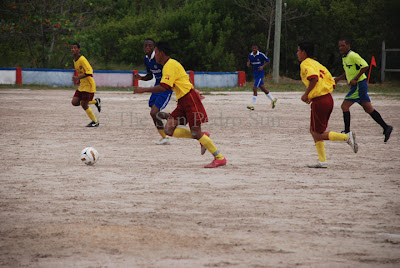 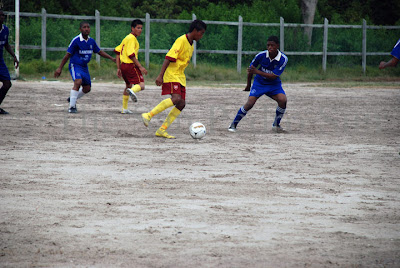 The next game is scheduled for Saturday June 18th when the boys will be travelling to Hattieville for a second match against Admiral Complex. 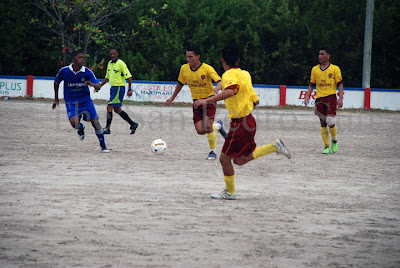 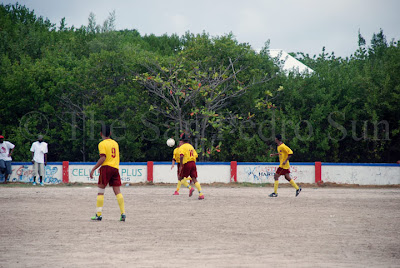 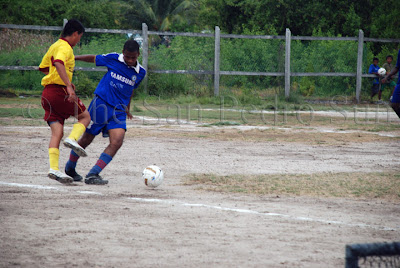 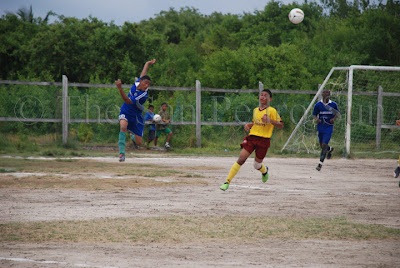 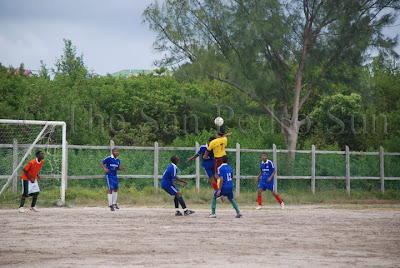 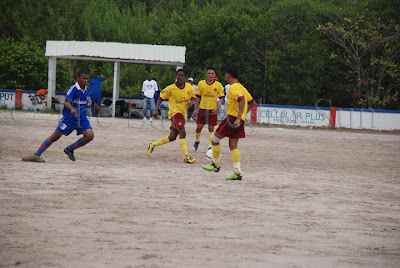 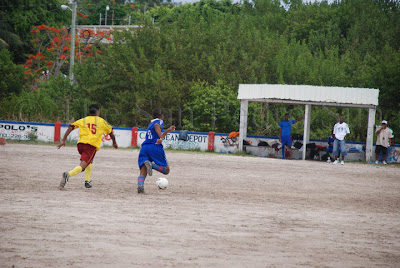 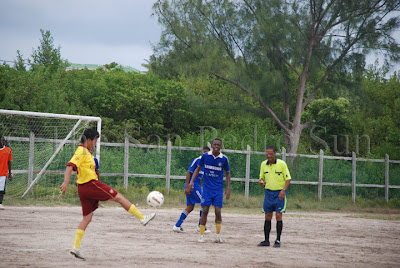 For further information on the Club or to pledge a donation, send an email to spu20fc@gmail.com, visit their facebook page San Pedro Football Club. The club may also be reached by contacting Fuljencio Hoare at 604-5015 or Omar Moreno at 631-8516.