Viewer wins The Phoenix package on Live with Regis & Kelly

On February 14th, fans of The Phoenix were excited to hear of their favorite resort on AC mentioned as part of the prize wheel on Regis and Kelly. Today, March 9, one viewer is ecstatic as she won a fantastic 8-day/7-night all expenses paid stay at The Phoenix. Check out the clip below as Nancy Pepper tries and wins this fantastic package.
Posted by The San Pedro Sun Newspaper at 3:25 PM No comments:

On Friday March 4th D - Sea was the venue for various groups from Y-WAM who wowed the crowd with various gospel selections.
The Youth With A Mission , (YWAM) Destination Paradise Caribbean Base is located five miles north of San Pedro Town. The 2.5 acre property is located right on a beautiful white sand beach overlooking the second longest barrier reef system in the world.
The setting provides an ideal location for students to immerse themselves to get equipped and prepared for serving in missions, to gain understanding in the ways of God and each one’s place in His plan and His will and to have a great time in the process. 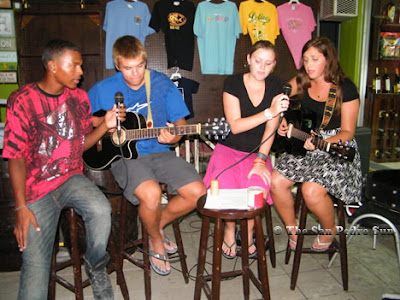 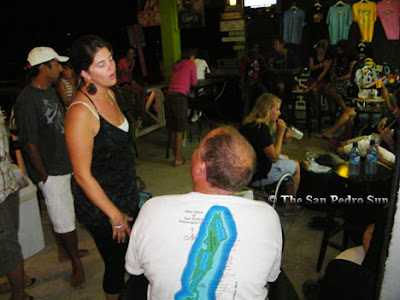 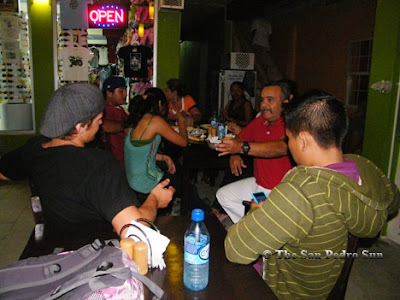 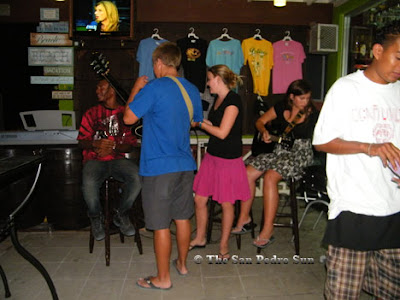 The YWAM DP Caribbean Base is home to the Adventure DTS where students develop leadership skills, grow in the knowledge of God and get equipped to make Him known. As part of the course, students learn skills in SCUBA diving, receiving up to two levels of PADI dive certification as part of the DTS and having plenty of opportunity to dive throughout the school.
Posted by The San Pedro Sun Newspaper at 6:00 AM No comments: 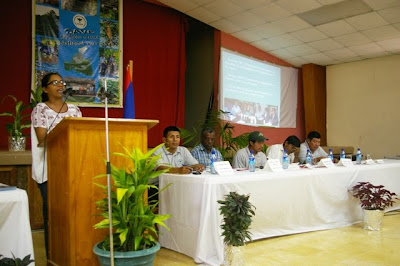 In her presentation, she exposed how oil companies have extreme power via the current laws over individual property rights, and showed how the terms of their contracts were not being properly followed. The audience became seriously concerned over her demonstration of the accepted royalty rates our country is receiving, and were disturbed by the power given to Ministers to issue contracts at their discretion. 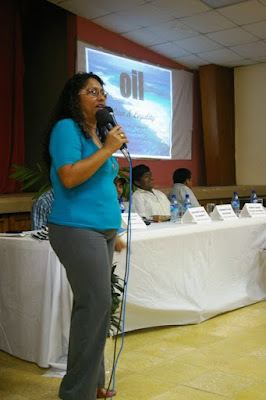 Mrs. Shepherd also gave assurance of Oceana’s full support to Mr. Leonard Reimer from the Spanish Lookout Community and Mr. John Carr of the Belize Landowners Association, who in their own presentations voiced a determination to bring their challenges in dealing with the oil companies and the government to the public front.

The objectives of the Satiim Oil Summit were to increase awareness and stimulate activism among civil society and within indigenous communities in the Toledo District, regarding the threats posed by oil development to the environment and human rights; and to build a coalition of local and national civil society actors to actively put pressure on government officials to reevaluate their stance on oil development within fragile, critical ecosystems, including offshore and in protected areas, while promoting policies that entail sustainable development, respect for human rights and environmental conservation.
Posted by The San Pedro Sun Newspaper at 5:55 AM No comments: