Despite their significant importance mangroves are experiencing a major threat: clearance! This apparent trend is increasing in Belize, especially here on Ambergris Caye, as a result of high demand in coastal settlements and developments.

As part of their Conservation of the Reef course, students of San Pedro Junior College (SPJC) are embarking on a mangrove restoration pilot project intended to serve as an initiative to raise awareness on the importance of mangrove ecosystems on our environment. In order to accomplish their objective more efficiently , the group is joining forces with the World Wildlife Fund (WWF) to conduct this pilot project for future mangrove projects and at the same time participating in the first ever "Mangrove-Friendly Shoreline Development Chanllenge". 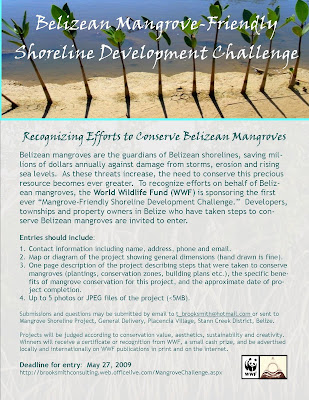 Along with the help of Mr. and Mrs. Bob Mc Lean, the SPJC group hopes to make their project a successful one. The McLean’s provided the group with the perfect location – their home at Tres Cocos on the beachfront. The group plans to implement their project using the method of growing the small mangrove trees in pipes. This method proved successful since it was used in the coastlines of Florida, USA. Should the project that the SPJC have embarked upon prove to be a successful one, WWF hopes to implement even a bigger project to restore mangroves around the needed areas on the island. 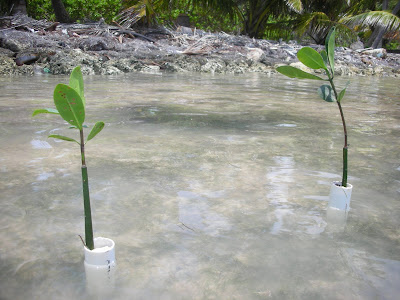 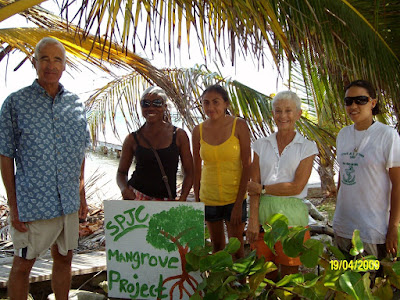 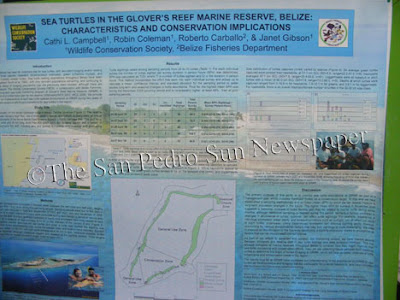 Through out the day, students have been in and out of the Hol Chan Marine Office where 2009 Turtle Expo has been launched by The Belize Sea Turtle Network. Information placards line the office, a live Hawksbill Turtle is in a water container and information abounds as children learn the life of a turtle. By understanding their way of live, children understand how and why it is important to protect these valuable and beautiful creatures. Their life cycle is also explained and the importance of nesting season and the protection of their eggs is highlighted. 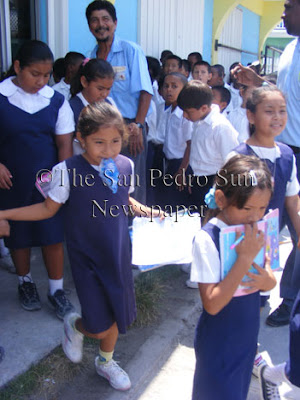 Teacher Moncho's class coming out of Hol Chan all smiles! 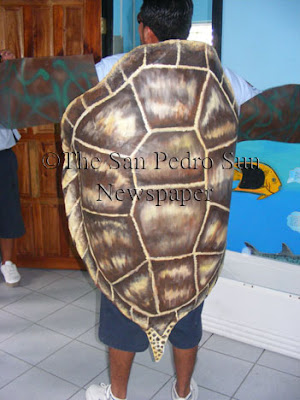 Turtle Man made an appearance! 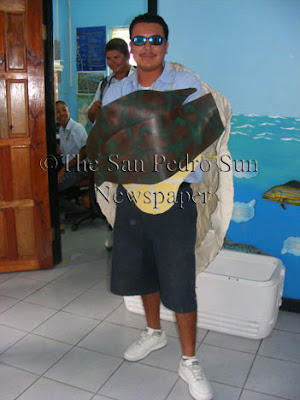 The Expo will be available for viewing at Hol Chan until Friday. 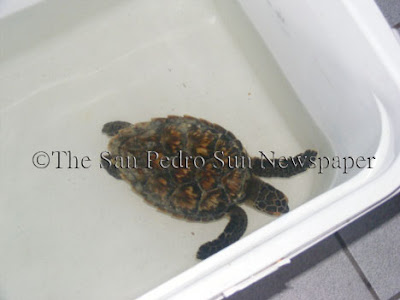 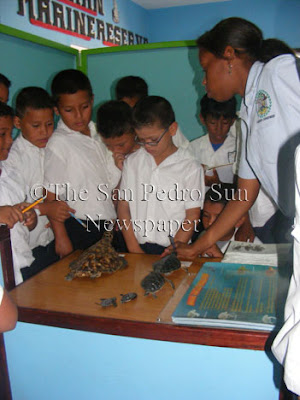 Posted by The San Pedro Sun Newspaper at 1:39 PM No comments: